Chadron State hit the practice fields on a muggy Saturday morning for day two of fall drills. Check out today's video clip notebook and follow along with me on Twitter for reports, videos, photos and interviews throughout fall camp: @DMCbroadcasting 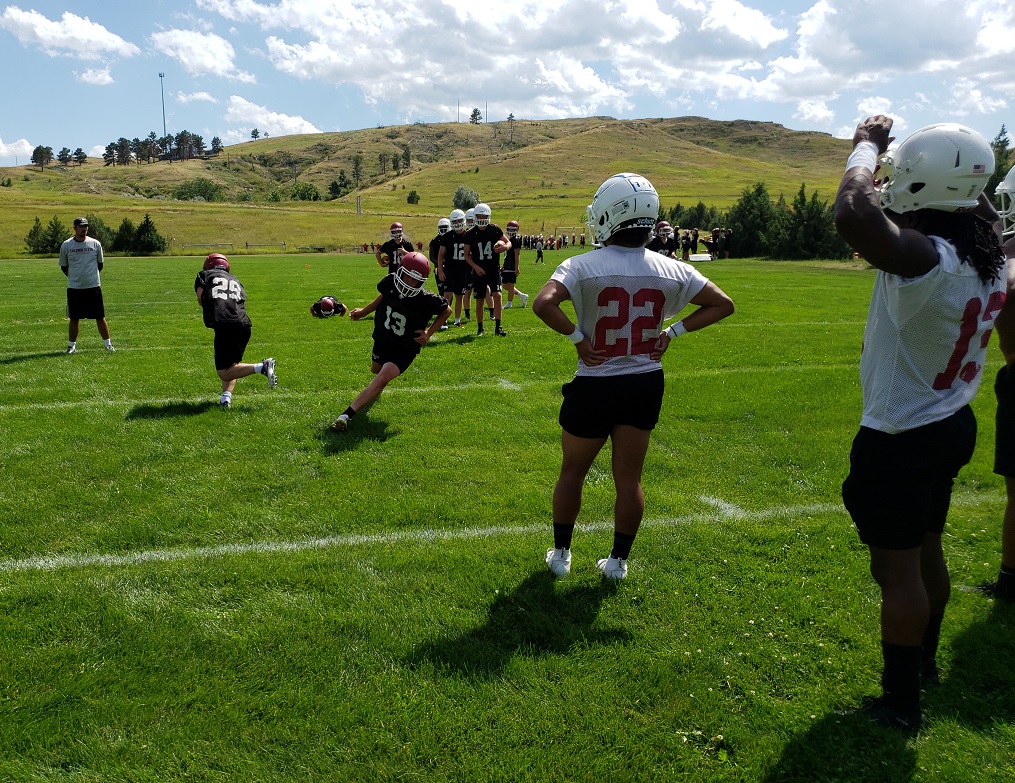 Football season opens in Chadron! CSC coaches and players comment on day one of fall camp

With a talent-rich roster and strong veteran leadership the Chadron State Eagles opened camp for the upcoming fall season Friday afternoon under a scorching sun with temperatures in the 90's on the practice fields south of the Chicoine Center and CSC Softball Field.

The length of day one that started with conditioning tests at 6 a.m. didn't temper enthusiasm from the coaching staff nor stray focus on the faces of veterans coming back for their third, fourth and even fifth training camps with perhaps the best team they've been a part of going into a season.

Mitch Collicott knows all about the grind of fall camp. The former nose guard on CSC's defensive line isn't too far removed from his playing days and is embarking on his second year coaching with his alma mater. Collicott gave thoughts on day one and has a lot of depth on his defensive line.

Senior Calder Forcella returns to the defensive line where he emerged as a big playmaker last season. He told me about his excitement to be back with all of his teammates on day one, how the team was able to build strength and speed in the off-season, and how he wants to be an even better leader this year.

Coach Collicott says Forcella is the leader on the defensive line and does a phenomenal job keeping his teammates working to the standard the coaches have set. He says Forcella's footwork is really good and wants to see him take his vocal leadership strengths even further on the field through his play this year. Collicott wants the line to set the tone and re-establish the line of scrimmage every play.