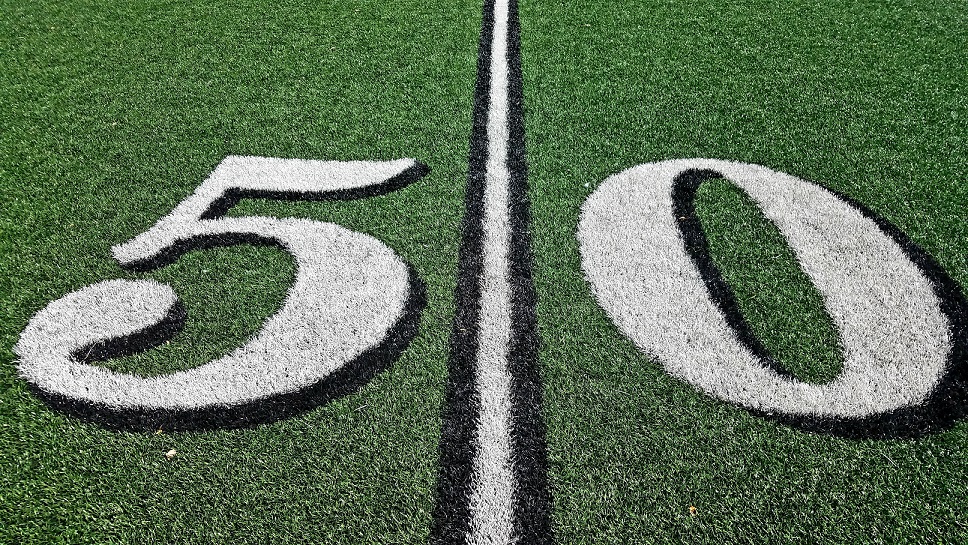 Leading up to kickoff this weekend of the college football season I thought it'd be fun to scope out the national Division I schedule and find the games that we just can't miss watching this fall! Rivalries, non-traditional match-ups of great powers, games with huge implications.....this top-10 has it all and today is games 10, 9 and 8 leading up to my #1 can't miss game of the year later this week. Get primed for kickoff Saturday, it's finally going to be here!

Early season non-conference games between huge powerful programs are ones I get really excited about. Georgia is on a rise similar to Alabama and Clemson, a program that could be next in line behind that pair to win several National Championships under Kirby Smart.

Notre Dame of course, is Notre Dame. A huge national fan base, plenty of tradition and a really good football team in four of the last five years.

Both teams are loaded this year and could make a run to the College Football Playoff. They’ll both be undefeated with a few games under their belt when they play September 21st in Athens.

Two years ago it was a great game in South Bend with #15 Georgia prevailing over the #24 Irish 20-19 and this year both teams will be ranked higher when they play.

Tickets were priced as high as the mid-$500’s for the “cheap seats” this summer and Sanford Stadium will be crazy. I hope this game is under the lights but I’m guessing an afternoon kickoff will be in order for TV purposes.

A non-conference match-up between the PAC-12 and SEC with potential playoff implications is my ninth most anticipated game of the season. It’s a rematch of the 2011 BCS National Championship Game won by the Tigers 22-19.

Oregon is my sleeper pick to make the College Football Playoff. I don’t have them actually in the final four at this point (Monday), but that could change later this week and if I had to choose a dark horse the Ducks are it. But, they’ve got to survive some big road game landmines on the schedule including this showdown.

Auburn upset #6 Washington in the opener last year and this year’s game pits the #11 Ducks against the #16 Tigers in the pre-season AP poll. Kickoff is at 5:30.

Auburn brings back an all-senior offensive line but is expected to start a freshman QB. The Ducks have the potential #1 NFL Draft pick next year taking snaps in Justin Herbert.

Is it a Big Ten Championship Game preview in Lincoln September 28?

If you read the national hype the Huskers are the trendy pick to win the West and face either the Buckeyes or Michigan. Ohio State takes the field under first-year Head Coach Ryan Day while Scott Frost will certainly have a better team in year two after threshing out the issues from the program he took over.

Ohio State is always roster-loaded. The Huskers have a lot of really good pieces including a potential Heisman candidate in QB Taylor Martinez, plus Coach Frost will always get maximum output from the guys who are buying in as this roster continues to evolve in his second season.

I’m hoping this one gets scheduled under the lights at Memorial Stadium. I was in the stands for the 2011 Husker comeback to beat the Buckeyes and it was an incredible scene. This year has the potential to top that chilly, rainy night with Nebraska trying to re-establish itself as a national power and Ohio State going through transition from Urban Meyer.

The Pick: They'll be partying in the Haymarket after this one, Nebraska 20, Ohio State 17