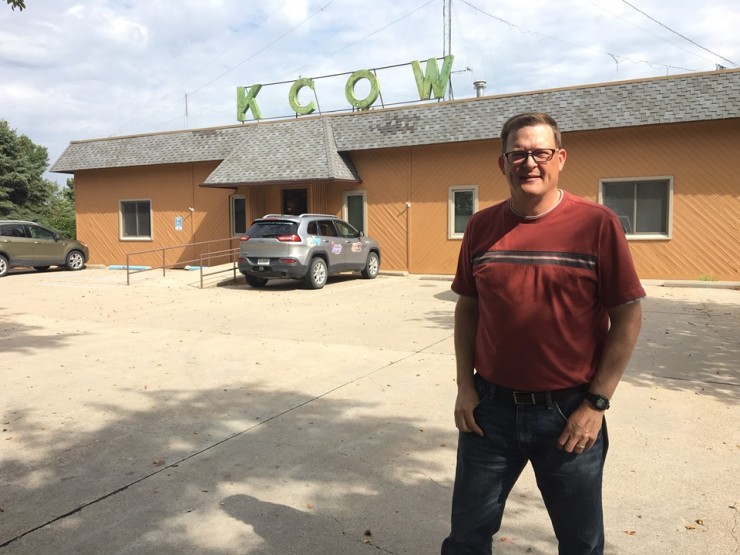 During the already busy Box Butte County Fair week, the KCOW Studios in Alliance were visited by a special guest. Andrew McCrea, host and producer of the nationally syndicated radio feature "The American Countryside", visited the city of Alliance on a trip with his family.

McCrea recorded a conversation with KCOW Program Director Jason Wentworth about KCOW's history, beginning with the station's birth in 1949.

Earlier this week, the final feature aired. Audio can be heard below. McCrea also spent a portion of his Alliance visit chatting with Kendra Schott of the Friends Of Carhenge group, and that feature will air on KCOW at a later date..