Paul, was born October 3, 1929 in Birmingham, Michigan to Daniel C. and Veneata Neff. He graduated in 1948 from Waterford Township High School and then from Michigan State University in 1963. He served as a Corporal in the United States Army from April 1949 to November 1951. Paul moved to York in 1959 and was employed at Champion Home Builders and later NPPD. He married Margaret (Nelson) Brunk on February 20, 1965. He was a member of the First United Methodist Church in York.

Preceding him in death was his parents, wife, three brothers, two sisters and several nieces and nephews and one great granddaughter.

Funeral services are scheduled for 10:00 a.m., Thursday, September 5, 2019 at the First United Methodist Church in York with the Reverend Tony Dawson officiating. Burial will be in York’s Greenwood Cemetery with memorials being directed to his family for later designation. Visitation will be from 1:00-8:00 p.m., Wednesday with his family greeting friends from 6:00-8:00 p.m., later that evening at the mortuary.

Online condolences may be sent to his family at www.metzmortuary.com 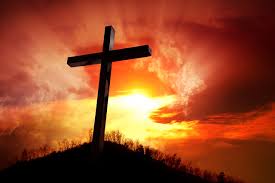 She then attended business college in Rapid City, South Dakota and graduated with a business degree in 1971. She began her career in social work for the State of Nebraska after graduation.

On October 14, 1977 she married Edward Dentler at Alliance, Nebraska. They moved to Lakeside, Nebraska in 1980 and began ranching. Alice also worked as a mail carrier on the north of Lakeside route and managed the Cattleman’s restaurant for several years. Alice loved being outside and the ranch way of living. She loved her four-legged friends whether it was dogs, cats, horses, or cows. Alice enjoyed gardening and working in her yard. She especially enjoyed working alongside her family on the ranch.

Alice retired from her social work career in 2012. She then became an avid photographer and displayed her work at the Carnegie Arts Center.

Alice was one of the best cooks in the area and was always making something delicious to eat. She was a great wife, mother, sister, aunt and friend and will be greatly missed by all.

She is proceeded in death by her parents, infant brother, and infant daughter.

A celebration of Alice’s life will be held on Thursday, September 12, 2019 at 2 p.m. at the Dentler Ranch east of Alliance.

Memorials may be given to the Heart of the Hills Rural Fire Protection District.

A reception will follow the service at the ranch at the fire hall in Lakeside, Nebraska.