A local Chadron business discovered counterfeit money over the weekend.

According to the Chadron Chamber of Commerce:

Over the weekend, a Native American female and male purchased several items at the local Bomgaars store. Among the cash was a suspicious $10 bill. When the cashier marked the $10 bill it turned black, which should not happen to a legitimate bill. The mark should have stayed highlighted yellow. The ten dollars is suspected to be fake and has been confiscated and submitted into evidence by the Chadron Police Department.

The female was described as being 5'1", heavy set with long black hair, wearing a black tank top. The male was 5'3" to 5'5" tall with some scruffy facial hair wearing a black flat bill hat with a red "76" on it. The vehicle is unknown at this time.

The local law enforcement encourages small business owners to be vigilant in protecting themselves from counterfeit by marking suspicious bills with an anti-counterfeit marker.

If you have information regarding the matter contact the local police department by dialing 308-432-0510. 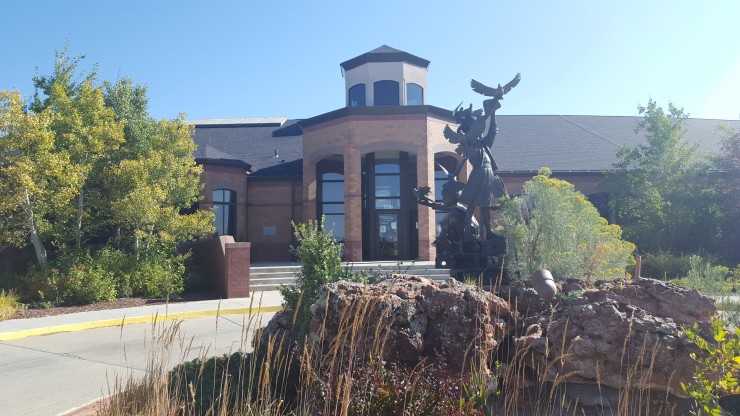 Alliance – The Alliance Public Library will offer two Introduction to Crochet Classes in the library on Friday, Sept. 20 for students in fifth grade and older. One class will run 2:30-3:30 p.m. and another from 3:30-4:30 p.m. There is a limit of six students in each class; this will be the same class twice so students will only register for one.

Participants are asked to register in advance at the library. There is no charge for the class.

Using Skillshare videos and live instruction, students will learn to crochet a simple chain stitch, then use this to create bracelets. They will also learn how to add beads to the bracelets. Time permitting, the single crochet stitch will also be introduced. Yarn and crochet hooks will be provided for this initial class. If students want to bring their own, we will be using a medium weight yarn and a 5.5 mm (US size I or 9) crochet hook.

Students will also have the opportunity to continue with classes and will discuss dates and times. After the initial class, they will supply their own yarn and crochet hooks for specific projects, or can use yarn donated to the library for this purpose.

For more information, or if you are interested but unable to attend, please contact Elaine Connelly Bleisch, Children and Youth Services Librarian, at (308) 762-1387.