Using carefully crafted similes and a first person focus, the poem takes just 39 short lines to illustrate the trouble that Alvin, Kenney’s dyslexic sixth grade deskmate, encounters trying to understand words that he sees as “letters in fender benders” and the complexities of pronouns, compound predicates and objects of prepositions.

Kenney’s piece was one of three selected as award poems by the Reader’s Board of Plainsongs.

“‘Mimeograph Blues’ centers around the intersection between the rules of language and the way in which they don’t work for everyone,” Plainsongs associate editor Becky Faber wrote in a commentary that accompanied the poem. “At (the last stanza) it is obvious that the ‘Blues’ of the title goes beyond color in meaning.”

The mimeograph, a predecessor of modern copy machines, was once standard in schools but is almost impossible for today’s students to imagine, said Kenney. But the indelible memory of its smell, and of a time when students with dyslexia were considered slow learners and often teased, were among the ‘idea file’ list of recollections, thoughts and observations that Kenney draws on for inspiration in his writing.

“I write every day and submit poetry when I am in my poem-writing mode,” he said. “While many of my poems have a connection to teaching, learning or social work, some are just strictly for fun.”

In addition to composing poetry and writing stories for publication, Kenney carries his affinity for creative writing over into his social work teaching at CSC.

“What I like best about creative writing is that anything goes. If a student can meet the requirements of an assignment with a well-crafted poem, then more power to him or her,” said Kenney. “When we are discussing topics of diversity or the juvenilization of poverty, I encourage students to share experiences in the form of short stories, flash fiction or narrative poems…. I make it a point to encourage them when they show a flair for writing.”

While Kenney said he does work with students on correct grammar, he’s found that supporting their writing efforts can be an effective way to motivate them to improve. “Encouragement goes a long way and with encouragement, I often see improvement in their grammar skills,” he said. “Students begin to realize that if they want to improve their creative writing, they need to hone their grammar skills.”

Kenney is a prolific writer, and said he typically has five to ten poems published each year, as well as stories and journal articles. Another of his poems, “Where I Walk,” was published this year in Dash Literary Journal, a California State University, Fullerton, publication that focuses on brief, concentrated expressions of creativity, with an emphasis on brevity. He has also written poems for the CSC Teaching and Learning Center’s Route 6x6 Challenge blog, https://academic.csc.edu/tlc/blog/author/rkenney/

“Writing poetry is “a cheap way to travel. All you need are a few good words and inklings of ideas,” said Kenney. “And the best part is, I don’t always know the destinations. I like that-the journeys, the surprises…” 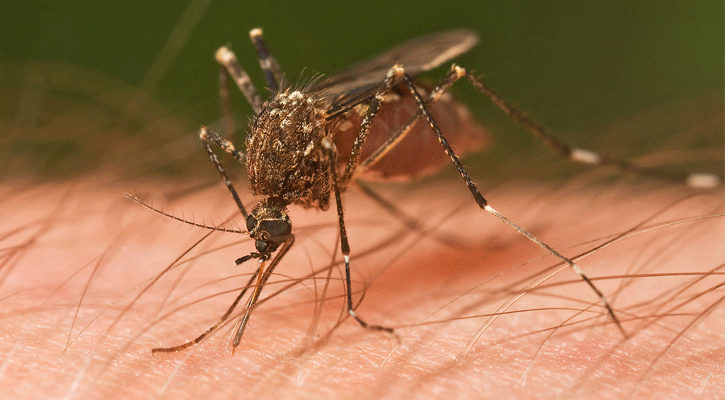 YORK, Neb. (AP) — A mosquito species native to tropical climates and known to carry the Zika virus has been found in Nebraska.

State health officials said Tuesday in a news release that the Aedes aegypti mosquito was recently found in southeastern Nebraska's York County. The Nebraska Department of Health and Human Services says it's the first time that type of mosquito has been found in Nebraska.

Health officials say the Aedes aegypti bites primarily in the daytime, only feeds on people, and can only fly about 500 feet. Besides Zika, it's been known to spread yellow fever, chikungunya and dengue.

State epidemiologist Dr. Tom Safranek says the spread of such diseases would require an infected person to be bitten by the mosquito that would then have to bite an uninfected person, making the risk of such infections in Nebraska low.