He was preceded in death by his parents, Orvie and Mabel (Johnson) Henderson, father-in-law, Ernie Johnson, brothers-in-law, Harold Schneider and Keith Buskirk.

Allen Wayne Henderson was born on February 13, 1955 in Clarion. As a young man he grew up in western Nebraska where he graduated from Scottsbluff High School. On March 22, 1975 he was united in marriage to Kristine Johnson and they made home in western Nebraska near Scottsbluff. For several years Allen was a feed and grain salesman. He then decided to follow his true calling to be a Pastor. He began his calling at Concordia Lutheran Church in Williston, ND and then later moved to St. Paul Lutheran Church in Boone. In 1999, Pastor Al came to Fort Dodge where he served as Senior Pastor for St. Paul Lutheran Church where he became well known and loved by his parish. In 2014, Pastor Al, along with many others helped to start "Serving Our Servants" S.O.S. which was based on serving those who serve the community. Pastor Al was also the Chaplain for Fort Dodge Police Department, Fort Dodge Fire Department, Webster County Sheriff Department and the Iowa State Patrol District 7. He was extremely proud of his children and grandchildren. Rev. Allen could often be heard saying "Well Done Thy Good and Faithful Servant" and would end conversations with "Carry On". He will be deeply missed by all who knew and loved him.

Memorials may be left to the discretion of the family. 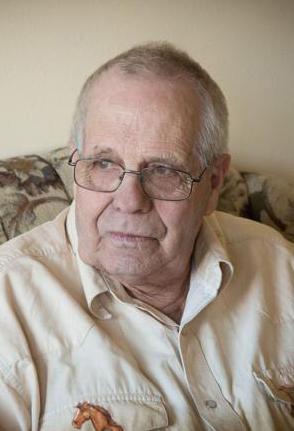 Daniel Anson McMurtrey departed this world on September 27th, 2019 at 82 years of age. He was born to Paul and Edith (Parkhurst) McMurtrey in St. Charles, Mo on November 17th, 1936.

Daniel loved horses from a very young age. He would run to the neighbor’s house to watch the horse Native Dancer on TV anytime he would race. He went to visit family in Whitman, Nebraska right after high school and immediately fell in love with the place. He worked on a ranch for a while before landing a job with the Diamond E Cattle Company. He began racing horses and won his first race in Scottsbluff. After that he was hooked. He raced some of his own horses and trained others over the years. He was always happiest around the horses.

Funeral services will be Friday, October 6 at 2:00 p.m. at the Bates-Gould Chapel in Alliance with Reverend Gary Belk officiating. Cremation will follow the service and burial will be in Missouri at a later date.