HELENA, Mont. (AP) — Two tribal leaders have resigned from a Montana task force in protest of the state attorney general's support of a proposed oil pipeline from Canada.

On Monday, Fox intervened in a lawsuit in support of constructing the Keystone XL pipeline from Alberta's tar sands.

Dupree wrote in a Facebook post that his tribe opposes the pipeline and Fox's intervention is a "slap in the face."

Barnes says the resignations are disappointing and officials will ask the tribal governments to recommend replacements. 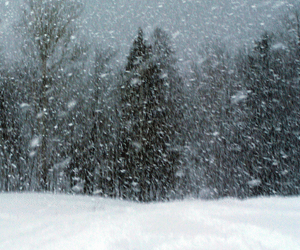 SPOKANE, Wash. (AP) — A fall snowstorm is snarling traffic and causing power outages in the Rocky Mountains as it slowly moves across the northern U.S. toward the Great Plains.

Winter storm watches and warnings stretched from eastern Washington state to Minnesota, along with freeze warnings as far south as Colorado and Nebraska on Wednesday.

Driving conditions are deteriorating across Montana and northern Wyoming as ice and blowing snow covered roadways.

Up to 2 feet (0.61 meters) of snow is expected to fall in the mountains, and up to a foot in lower-elevation towns and cities.

The storm is expected to bring the first snow of the season to Denver by Thursday.