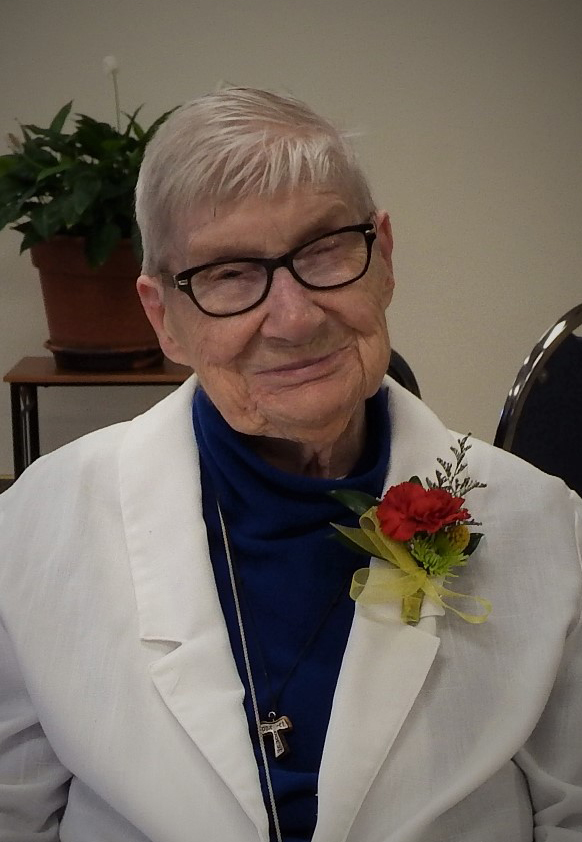 She was born November 11, 1919 at Ewing, Nebraska to Thomas and Barbara (Bauer) Leahy. She was given the name Kathryn Elizabeth.

Sister Kathryn followed the Lord’s call to the Sisters of St. Francis in 1936, and, at the age of 16 went by train to their Mother House at Stella Niagara, New York. Two years of novitiate training introduced her to the ways of Religious Life. In August, 1938 she professed her vows and took the name of Sister M. Bartholomew.

When she completed 3 years of training at a Normal School in Buffalo, NY in 1941 her first teaching assignment brought her to St. Agnes Academy in Alliance, NE for 2 years. She would then be assigned to an inner city school in Denver, St. Elizabeth School. Other assignments would include Immaculate Conception in Rushville, NE, St. Francis Mission, St. Francis, SD and St. Mary’s Academy in O’Neill, NE. During these years she completed her B.A. Degree from St. Ambrose College in Davenport, IA and a M.A. Degree from Creighton University, Omaha. From 1957 to 1962 her duties also included administrative duties at Marycrest in Denver during which time an all-girl Catholic high school was opened.

In 1962 she went to Rome, Italy studying Theology for two years. While there, she witnessed the opening of Vatican II Council, was in St. Peter’s square when Pope John XXIII died and also to be there for the first blessing of Pope Paul VI.

In 1967 Sister Bartholomew changed her name to Sister Kathryn. From 1967 to 1972 she worked with the Diocesan School Office in Grand Island and also a time in Birmingham, AL. Her final work took her back to Marycrest in Denver where she worked in parish ministry in St. Mary Magdalene Parish. During the 1970’s she discovered a passion for writing. Sister Kathryn would later publish her book, “God’s Brat.” In 2005 Sister Kathryn retired and moved to Alliance, Nebraska.

In addition to her parents, her siblings, Thecla, Mary, Ann, John and William preceded her in death. She is survived by numerous nieces and nephews. 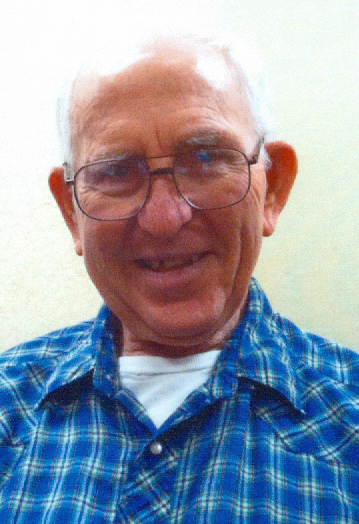 He was born August 10, 1935 in Hyannis, NE to George Donald and Marcella (Shackelford) Adam.

Bob will be greatly missed by all who knew him through all stages of his life. He grew up on a ranch south of Alliance and attended Alliance High School graduating in 1954. He worked the ranch for a time. Then he went to Hill Air Force Base in Ogden, UT. While he was there he met ReNee’ Galigher. They were united in marriage on August 28, 1958. While in the Air Force they were stationed at Ramstein Germany. After his discharge he went back to ranching north of Hyannis, NE. Years of ranching there lead them to the Alliance area and helping with the family ranch. They also lived in Arizona for 2 years and Bob worked as an electrician. After that adventure they returned to Alliance and he worked for the Nebraska Boys Ranch for a time. He then retired and kept busy with wood working, his children and grandchildren. He and Renee’ took care of each other as the aging process occurred.

Bob loved taking his children fishing, square dancing with Renee’ and other friends. He loved being in his wood shop inventing, building and repairing items. He loved staying busy and sitting around was not his style. Up and at’em. Bob was a wonderful husband, dad, grandpa and friend. He was always there to help out in any way he could. Always giving to those who needed something. Giving advice to those who wanted knowledge. Sharing wisdom with those who asked. Bob lived a strong Christian life and taught his family the same.

He was preceded in death by his wife, Renee’, his parents, sister and brother-in-law, Lois and Don Behm and his brother, Dwain Adam.

Funeral services will be Wednesday, October 23, 2019 at 1:00 p.m. at the United Methodist Church in Alliance with Pastor Gideon Achi and Jeanie Sedivy officiating. Burial with military honors will be in the Nebraska Veterans Cemetery. Visitation will be Tuesday, 1-7 p.m. at the Bates-Gould Funeral Home.

Memorials may be given to the Hemingford Community Care Center, P.O. Box 307, Hemingford, NE 69348.