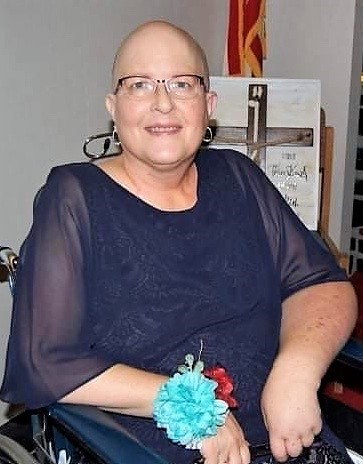 On Saturday November 2, 2019, while surrounded by family, Gale LeAnn Wimberley went to her heavenly home. Visitation will be held from 4-7 PM on Wednesday, November 6, 2019 at Dugan-Kramer Funeral Chapel. A Celebration of Her Life will take place at 10:30 AM on Thursday, November 7, 2019 at Gering Zion Church with Pastor Tim Hebbert and Pastor Wayne Mundell co-officiating. Cremation will follow the service. In lieu of flowers, memorials may be given to Gering Zion Church, Festival of Hope, or the Panhandle Humane Society. Online condolences may be left at www.dugankramer.com

Gale was born to Jerrene Walls Michael and Lilvon L. Michael in St. Vincent’s Hospital in Leadville, Colorado on August 6, 1962. They were later divorced. Gale was in Junior High when Jerrene and her children then moved to Kimball, Nebraska. The children were very happy when their mother met and married John (Jack) Randall, who happily became a dad to all the children. Gale was proud of her new dad and insisted on changing her last name to Randall. Gale graduated from Kimball High School in 1980 and moved to Scottsbluff, Nebraska to go to Fullen Hair Design, where she graduated in 1980.

Gale always knew that she wanted to be a hairdresser from the moment she gave her dolls hair cuts as a young girl. As Gale began her career as a hairdresser, she became very close friends with her clients. She always enjoyed hearing about their kids, vacations, hobbies – she was an amazing listener. Gale and her friends picked up dancing as something to do after work. She also helped teach country dance lessons. It was there that she met the love of her life, Donald Wimberley, a single father of five. Gale and Don married and started a family together. Along came four more kids. Gale was “Mama Gale” to many of her children’s friends and “Grandma Gale” to many of those kids’ kids. She enjoyed every minute of it.

In 2006, Gale was diagnosed with breast cancer. That is when she was told about the Festival Of Hope and how it could help her and her family during that time. Gale was a firm believer in giving back, so she and her aunt Barb began painting rocks, framed photos, and other things to sell at their booth for the Festival of Hope, every year for the last 13 years.

With each cancer diagnosis, she was bound and determined to beat it. That strength and determination came from her faith in God. She always handled everything life could throw at her with grace and compassion. Cancer may have weakened her body, but it could never weaken her will, stubbornness and faith.

In May 2019 her life was forever changed when Don was involved in an accident that later took his life and triggered the decline of her own health.

Due to lung damage from her previous battles with cancer and chemotherapy, Gale’s suppressed immune system couldn’t fight off a cold that developed into pneumonia.

Up until the very end she was a fighter. 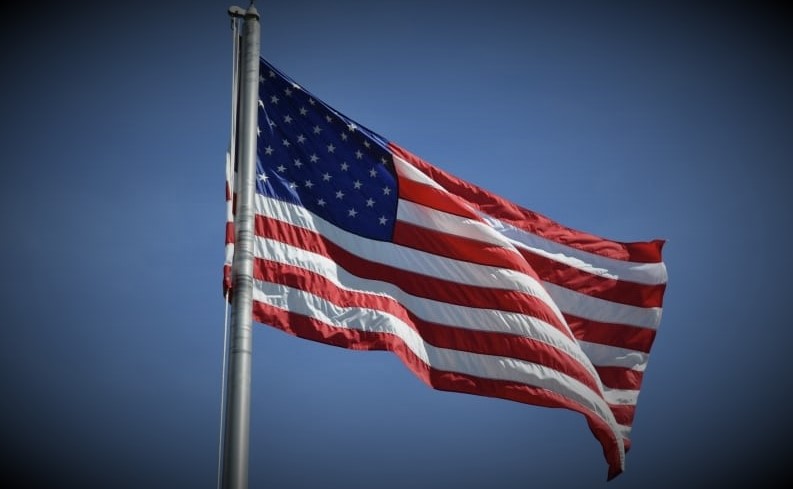 Gerald Wayne Carpenter, 79, passed away peacefully in his home on Friday, October 25, 2019. He was a loving and caring brother, uncle, and friend. He was born on October 22, 1940 to James Russell and Adah (Haworth) Carpenter at home in Hemingford, Nebraska.

“Jerry” served in the U.S. Army from April 1962 until his honorable discharge in April 1964. He later went on to marry Eleanor Forrest on April 5, 1969. They shared a love for horses and he learned all about them, even how to shoe them. Sadly, in June of 1975, she passed away in an accident.

During his time living in Washington State, he worked for Orowheat Bakery for many years. He also was an Amway salesman. For many years, Jerry was the caretaker at the Hemingford Cemetery, working alongside his brother, Rondon. He was known for his infectious laugh. More recently, he helped deliver meals to people confined to their homes.

He is survived by his sister and her husband, Arlene and Leonard Wyland of Pasco, WA, and several nieces and nephews. He was preceded in death by his wife Ellie, parents, his brothers Rondon and William, his sister Alice Campanella, and a nephew, Larry Wyland.

Memorials may be given to the Veterans State Cemetery at Alliance Foundation, P.O. Box 902, Alliance, NE 69301.

Graveside services will be Thursday, November 7, 2019 at 1:30 p.m. at the Nebraska Veterans Cemetery with Reverend Gary Belk officiating.