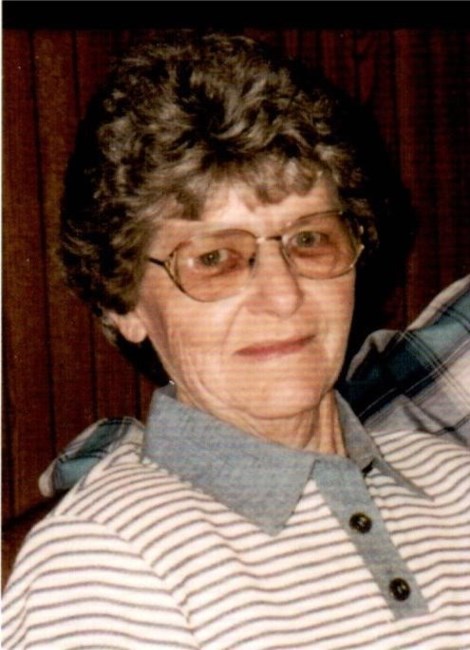 JoAnne (Nagel) Schmidt died at home on Saturday, November 2, 2019 after battling a serious illness. Funeral services will be held on Wednesday, November 6 at 10:00 a.m. at Dugan Kramer Funeral Chapel with Pastor Ed Hunzeker officiating. Interment will follow at Sunset Memorial Park. A memorial has been established to Regional West Hospice. Online condolences may be left at www.dugankramer.com.

JoAnne was born to Henry and Susan (Hessler) Nagel on May 30, 1932, the youngest of eleven children. JoAnne attended Lake Alice School, Longfellow Elementary, Scottsbluff Jr and Sr High School, as well as a Christian School in Kansas. After high school, JoAnne worked for West Nebraska General Hospital as a dietary aide and later as an operator with the local telephone company. On August 16, 1953, she married Ernest Schmidt, Jr. He described her as the prettiest girl he had ever seen. They lived in Fort Worth, Texas until Ernie was honorably discharged from the Air Force. They made their home in rural Minatare, where they farmed for fifty-three years. JoAnne stayed busy with their four daughters and with helping on the farm. Her family was everything to her. JoAnne had a love for music. She played guitar, piano and even learned to yodel. Sadly, JoAnne started losing her hearing due to Ostosclerosis. By the time she was thirteen, she was wearing a hearing aide. Despite numerous corrective surgeries, JoAnne suffered complete hearing loss in both ears and was deaf to the spoken word by the time she was 33 years old. Her world became silent except for the sounds of ringing in her ears and the vibration of her own voice. She held on to the memories of the melodies to her favorite songs. JoAnne always wished she could her grandchildren’s voices. In 1978, JoAnne went to work as a housekeeper at the Candlelight Motel. After being asked by a friend who worked there if she could fill in for a few days, she said, “Yes, I can work- but for just a few days.” She retired from the Motel in December of 2001.

JoAnne enjoyed her work and especially the friendships she made with the women she worked with. She enjoyed gardening, reading novels, sewing, crocheting, and latch hook. She particularly loved putting 2000 – piece jigsaw puzzles together (Something she and Ernie started doing together when they were on the farm). Her favorite puzzles are framed and hung on walls throughout her home. At times she would invite us to help her with the puzzles, but she had a special system and if you moved a puzzle piece and returned it to the wrong spot, she would give you “the look”! JoAnne was an avid Husker fan, Green Bay Packer fan and enjoyed watching golf.