Fundraising has begun for the $109 million facility. Officials say it will be able to hold up to 3,000 patrons and have no fixed seats.

It will sit just north of the Holland Performing Arts Center. The opening is planned for 2023. 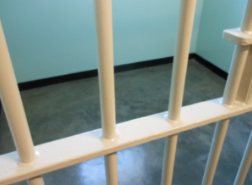 Nebraska to shuffle staff at homes for juvenile offenders

LINCOLN, Neb. (AP) — Nebraska officials plan to cut staff at one state-run home for juvenile offenders while adding to its workforce at two other facilities.

The Department of Health and Human Services announced the changes Wednesday as part of a larger overhaul of its Youth Rehabilitation and Treatment Center system.

Department officials say they plan to reduce the workforce at the YRTC in Geneva effective Jan. 6, 2020, because that facility won't be serving as many youths. But they plan to hire additional employees at YRTC facilities in Lincoln and Kearney.

Department officials say they staff members who lose their jobs will have the opportunity to apply for jobs at the other YRTC facilities or elsewhere in state government. They say they hope to retain employees whenever possible.