He was born April 6, 1935 to Frank and Bess (Jones) Jesse at St. Joseph’s Hospital in Alliance.

On June 17, 1956 Bob married Shirley Parrish of Crawford, NE. Two children were born to them, Ann and Christopher.

Bob served in the National Guard, was a member of the American Legion, United Methodist Church, NRA, Nebraska Cattlemen and 4-H Horse Judge. He was also a member of Western Nebraska Cutters, where he participated in cutting horse competitions and won numerous awards. In October 2018, Bob and the baseball team he coached in 1967 at Western Montana College in Dillon, MT were inducted into that college’s Baseball Hall of Fame.

Bob had a great love for God, his wife, his children, grandchildren and great-grandchildren.

He is survived by his wife, his children, Ann (Dana) Dannelly of Columbus, NE, Christopher (Christy) Jesse of Saratoga, WY, 4 grandchildren and 3 great-grandchildren. He is also survived by his sister, Lois Ravert of Alliance and numerous nieces and nephews.

He was preceded in death by his parents, his brother Lester Jesse, sister Eleanor Dill and an infant sister.

Memorial services will be Friday, November 16, 2019 at 2:00 p.m. at the United Methodist Church with Jeanie Sedivy officiating. Inurnment will be in the Alliance Cemetery.

Memorials may be given to the American Cancer Society. 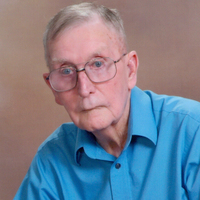 He was born September 2, 1928 to Lawrence I. and Ellen B. Powell on the family farm near Hemingford, Nebraska. He graduated from Hemingford High School in 1947.

Ralph served in the Nebraska Army National Guard and was proud of his service, especially during the blizzard of 1949. He would later enter the U.S. Air Force and would serve until his honorable discharge in 1955.

On November 20, 1949 he was united in marriage to Dorothy A. Moravek in Hemingford, NE. Following their marriage they lived in Texas and Spokane, WA while Ralph was in the Air Force. In 1955 they moved south of Hemingford and farmed side by side until 2007 when they moved to Alliance, NE. Following his retirement Ralph enjoyed restoring antique tractors and automobiles, where some were donated to museums, other were sold with some to international buyers. Ralph was a member of the Eagles Club, Hemingford American Legion Post No. 9, Masonic Lodge #183 A.F. & A.M. of Alliance and was 32 degree member of Scottish Rite.

In addition to his parents, he was preceded in death by his wife, Dorothy, son-in-law Steven Thomas, and brothers, Lloyd, LeRoy and Dean.

Funeral services will be Thursday, November 14 at 1:00 p.m. at the Bates-Gould Chapel with Jeanie Sedivy officiating. Burial with military honors will be in the Alliance Cemetery. Visitation will be Wednesday, from 1-7 p.m. at the funeral home.