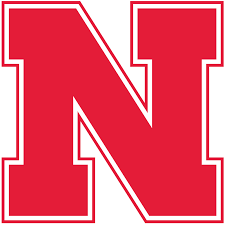 The Nebraska football team practiced for just over two hours Tuesday morning inside the Hawks Championship Center in preparation for Saturday's matchup against the 15th-ranked Wisconsin Badgers.

Defensive Coordinator Erik Chinander spoke to the media following practice and talked about the challenges the Wisconsin offense presents to the Husker defense.

"They do a great job of scheming their offense for what they have," he said. "They have big offensive linemen. They have good tight ends and fullbacks. They've got some good receivers on the perimeter. They make you earn everything. They earn everything. They don't do anything stupid with the football. I think they do a tremendous job of coaching that group up. Then obviously they've got a first-round draft pick at running back (Jonathan Taylor). Stopping the run is of utmost importance right now."

"Anytime you have a running back and run scheme like they have, guys start creeping up in the box," Chinander said. "Guys start getting their eyes miscued because everyone is so worried about stopping the run, and that obviously opens up the pass game. [Quarterback Jack] Coan has done a good job with the passing scheme they have. He's made some good decisions. He's thrown a couple of picks, but for the most part, he has made good decisions. He checks the ball down when he's supposed to check it down. He makes big throws when he needs to. I think he's improved every single game this year."

Nebraska will practice again tomorrow in preparation for Saturday's game against Wisconsin at Memorial Stadium. The game will begin at 10 a.m MT and will be televised on BTN with radio coverage on the Husker Sports Network beginning at 5 am MT. 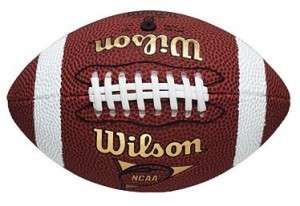 The Alliance Bulldog football team wraped up the season with their annual banquet Friday night. The Bulldogs finished the year at 3-7 , but did advance to the Class B State football playoffs for a 2nd straight season. Head Coach Chris Seebohm complimented the team for playing hard all year and representing the school and city with class and sportsmanship. Coach Seebohm thanked the Seniors on this years team for thier leadership and dedication and spoke about each one. This years Seniors....Waylon Cash, Kevin Castillo-Leos, Trevor Dubray, Brady Ellis, Matthew Escamilla, Konnor Farritor, Erik Folchert, Noah Freeze, Keegan Frohman, Peyton Hudson, Hunter Klinkerman, Colter Mann, Deon Medina, Charlie Otto, Braydyn Palmer, Collin Schrawyer, Brian Sherlock and Xing Xu. Coach Seebohm also thanked his assistant coaches for their comitment to the team and the players, and thanked all the families and fans, who supported the team. The Bulldogs set several School records this season. Senior quarterback ,Trevor Dubray recorded his 2nd straight year passing for over 1000 yards (1545 ) and set the career passing record with 3,011 yards. Senior Defensive end, Braydyn Palmer set the career sacks record with 8 total. Coach then presented the following awards.

Alliance returns 14 letter winners and 10 starters for next season. The Nebraska School Activities Association will announce the new, 2-year, football schedule for all teams on Feb. 12, 2020.