Joyce Elaine (Higel) Hillman-Kortum 83, of Scottsbluff, went to her heavenly home November 20, 2019. Cremation has taken place and there will be no visitation. A celebration of her life will be held on December 14, 2019 at 2pm at Calvary Lutheran Church with Father Mark Selvey officiating. The family respectfully requests that in lieu of flowers, memorials can be made in Joyce’s honor to St Francis Episcopal Church, Capstone, or donor’s choice. Online condolences may be made to www.dugankramer.com Dugan-Kramer Funeral Home is entrusted with arrangements. Joyce was born on June 10, 1936 in Deshler Nebraska to Harry and Lola Higel. She graduated from Fairbury High School in 1954. Joyce had three loves in her life.

GOD She has always been God’s greatest fan and that is how she lived her life. She loved to tell God’s story and shared that with many people through her Bible studies. She was very active at Calvary Lutheran Church and St Francis Episcopal Church in many ways.

COMMUNITY Her love for her community is very evident in the positions she held and as a result of what she accomplished in those positions. She started her career with Chester B Brown Bean Company, Executive Director Platte Valley Council of Camp Fire, Executive Director Scottsbluff-Gering United Way, Executive Vice President Scottsbluff-Gering United Chamber of Commerce, and served two, four year terms as State Senator of the 48th District. She served in so many other ways that had an impact on many people. She was voted Scottsbluff Citizen of the year in 1995. She had a very special ability to talk to and listen to people. She lived in Western Nebraska for 55 years.

Joyce is survived by her family, brother Allen Higel (Betty), numerous nieces and nephews, and great nieces and nephews. Joyce was proceeded in death by her parents, husbands Kenneth Hillman and Judge Alfred Kortum, son in law Allan Johnston, and sister in law Sally Higel.

She was the matriarch of her family, and although she will be greatly missed, her legacy will live on…. 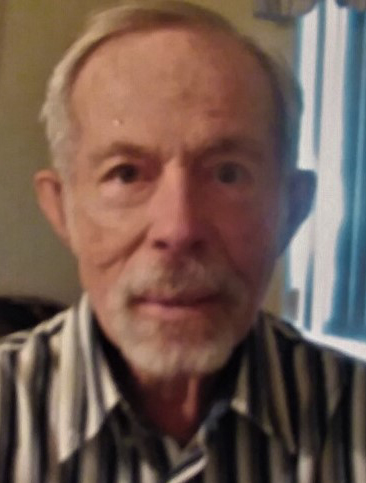 Dr. Robert J. Crownover, DDS, went home to be with the Lord he loved and served on Thursday, November 14, 2019, age 88. Left to miss him and honor his life are his beloved wife, Beverly, as well as his sons Bruce (Anne) Bremer, MBA of Portsmouth, VA and Eric (Serena) Bremer of Alliance. Bob was a well-loved grandpa of Heather (Sean) Hall of Roca, NE and Heath (Jessie) Bremer of Seward, NE, as well as Jon Marquez of Hastings, NE and Daniel Marquez of Lincoln, NE. Bob was also blessed with six great-grandchildren, Eric and Maxim Hall, Holden, Brayden, Easten and Emersen Bremer. He was preceded in death by his parents, his first wife Joyce and his sister, Patricia Erlewine.

He was a quiet, God-loving, and humble man of dignity and courage. A Korean-War era veteran, he was a member of the U.S. Navy Dental Corps. Bob received both his undergraduate and dental degrees from the University of Nebraska, Lincoln. He was honored by the Nebraska State Dental Association for 50 years’ service.

Following retirement from his Alliance dental practice, he served as a dental missionary to Grenada, in the Caribbean. Bob traveled extensively from the Galapagos Islands, to Okinawa, to Hawaii, to his ancestral country of the Netherlands, and beyond. Among his many hobbies were gardening, land conservation of his property, RV travel, Cornhusker football, and household maintenance.

He was a strong Christian and a faithful 44-year member of the Hemingford United Methodist Church (HUMC). No task was too great or too small. His areas of service included: Board of Directors of Camp Norwesca, HUMC Pastoral Care Chairman, HUMC Adult Sunday School teacher, HUMC Chairman of Trustees, Nebraska Walk to Emmaus facilitator, and Lay Witness Weekends facilitator. Bob’s many personal ministries in less public settings were just as impressive. His quiet means of sculpting souls took us years to understand.

No tribute to Bob’s life would be complete without mention of his deep love for and happy marriage to Beverly. Aside from his love for God, his greatest treasure was his wife. They served together in nearly every ministry. Bev learned dental assisting, because he loved her near his side assisting once a week. Every day included prayer and a Bible lesson at the kitchen table, whether happily RV traveling or at home.

Memorial services will be held Saturday, November 23, 2019 at 10:30 a.m. at the Hemingford United Methodist Church. Pastor Esther Achi will officiate.

In lieu of flowers, the Crownover family would greatly appreciate donations to the Hemingford United Methodist Church Chair Lift Fund.