SIOUX FALLS, S.D. (AP) — A Rapid City man accused in a conspiracy to move large quantities of methamphetamine from Colorado to South Dakota has been sentenced to more than 17 years in prison.

Authorities say 29-year-old Sebastian Hoff was one of several distributors in the ring led by Dana Faulkner, also known as Diablo. Faulkner is accused of transporting up to 99 pounds (45 kilograms) of meth to be sold in the Rapid City area in the summer of 2017.

Hoff pleaded guilty to conspiracy to distribute a controlled substance. He was sentenced to 17 years and five months in prison, to be followed by five years of supervised released.

The 41-year-old Faulkner, of Aurora, Colorado was sentenced last month to 25 years in prison. He pleaded guilty to conspiracy to distribute a controlled substance and branding a firearm during a drug trafficking crime. 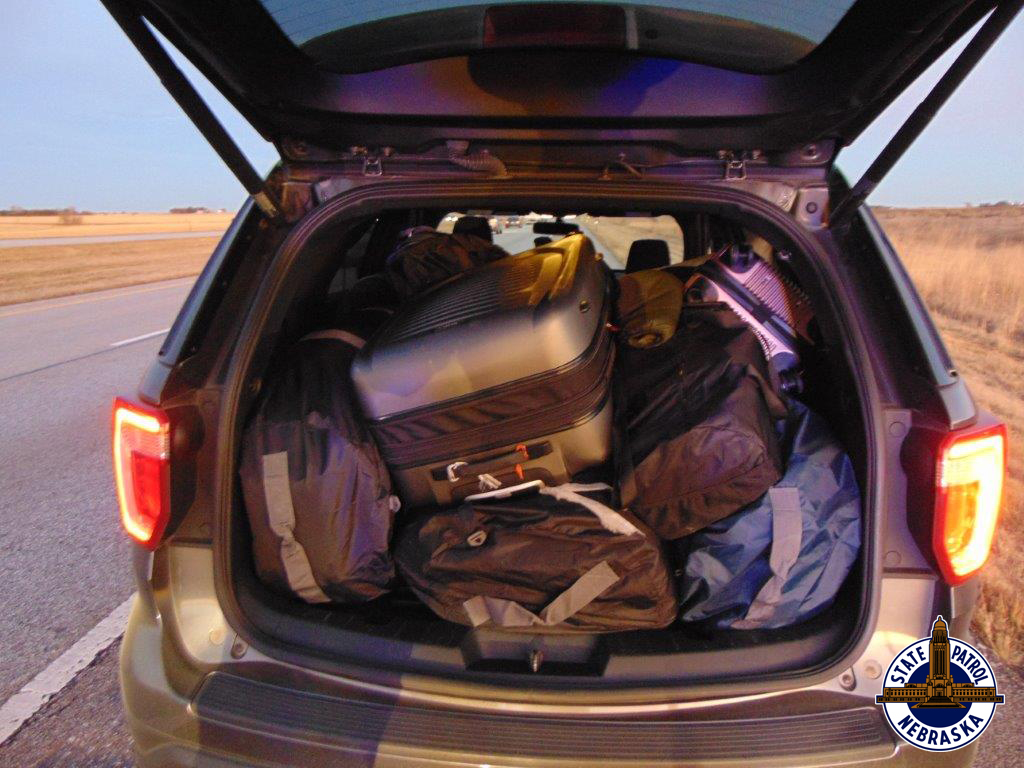 LINCOLN  — Troopers with the Nebraska State Patrol (NSP) have arrested three people and seized 244 pounds of marijuana during a traffic stop on Interstate 80 in Seward County.

Saturday afternoon, at approximately 5:00 p.m., a trooper observed an eastbound Ford Explorer speeding at mile marker 373 near Goehner. During the traffic stop, the trooper detected the odor of marijuana coming from inside the vehicle.

Troopers searched the vehicle and found 244 pounds of marijuana inside the cargo area of the vehicle.

The driver, Peter Sychamp, 52, of Sacramento, California, and passengers Pisa Phanthavong, 57, of Sacramento, and Marich Poomchat, 22, of Thailand, were arrested for possession of marijuana with intent to deliver. All three men were lodged in Seward County Jail.