Chadron to Fairbanks is approximately 2,912 miles.

The Eagles are 1-5 on the season. Sophomore Taryn Foxen leads the team in scoring, with 12.8 points per contest.

CSC's first opponent, the University of Alaska Fairbanks, are 3-3 on the season. The two teams are set to play at 5 p.m. (MT), on Thanksgiving Day.

Three players average double-digit points for the Nanooks, led by Jocelyn Gandara. Gandara averages 16.3 points per game, followed by Kylie Wallace and Sam Tolliver, who each average 15.7 and 14.2, respectively. Wallace leads the team with 7.8 rebounds per game.

Friday's opponent, the Lake Erie Storm, are 0-7 on the season. Four of their seven losses have been by ten points or less.

Josie Chaddock leads Lake Erie with 15.3 points per game, followed by Breanna Bauer with 15.1. Bauer leads the team with 5.4 rebounds per contest.

CSC's final opponent of the weekend is Converse College at 3 p.m. on Saturday the 30.

After starting the season 1-0, the Valkyries have dropped five straight, making their season record 1-5.

With 15 points and 8.4 rebounds per game, Nigeria Davis leads Converse College in scoring and rebounds. Davis has shot 69 percent from the field this season.

On the season, CSC averages 53.5 points per game, while the Valkyries average 57.

All of this weekend's games in Alaska can be followed live at https://portal.stretchinternet.com/uaf/ 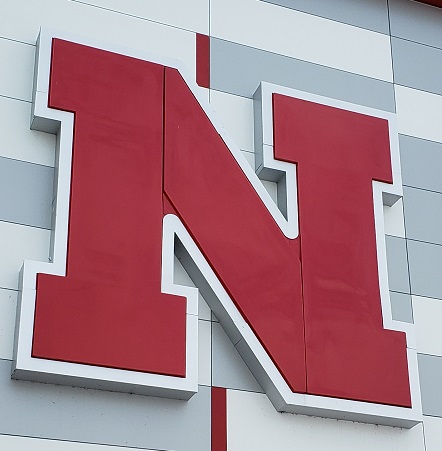 GEORGE TOWN, Cayman Islands (AP) — Jamal Hartwell II scored a career-high 23 points and Jordan Miller had 20 and George Mason advanced to the championship game of the Cayman Islands Classic with an 85-66 win over Nebraska on Tuesday night.

Javone Green added 17 points for the Patriots, who are 7-1 for the first time since 1983-84. Hartwell, who had five 3-pointers and six assists, also career bests, and Miller combined for 28 points in the second half. AJ Wilson pulled down 14 rebounds and blocked five shots to go with eight points.

Nebraska (3-3) was within 67-60 with 7:49 to play. Then the Patriots hit 7 of 8 shots to break open the game with an 18-4 run. Nebraska hit just one 3-pointer among eight shots, plus a free throw and had three turnovers to end its three-game winning streak.

“This was a gratifying win for us. It was a great team victory,” said Patriot head coach Dave Paulsen. “We kept them out of transition and I thought we defended really well. Our offense, against their pressure, wasn’t perfect but I thought we distributed the ball well.”

Dachon Burke led the Cornhuskers with 14 points but only had two in the second half. Haanif Cheatham added 13 points.

Hartwell and Greene scored 10 points apiece as the Patriots opened a 37-28 halftime lead. A 29-12 rebounding margin helped, including 11-2 on the offensive end. The teams combined for 24 turnovers.

“We did talk about the need, playing back-to-back game, to play with high energy,” Paulsen said. “Was this the best game we’ve played this season? It feels like it. It certainly was a complete game, with our defensive energy and our offensive efficiency.”

George Mason: In addition to winning like they haven’t in 35 years, the Patriots had their first-ever 5-0 start before losing to No. 6 Maryland.

Nebraska: The rebuilding Cornhuskers only returned 50 points from last season, but had scored at least 80 points in its three wins. Nebraska last won at in-season tournament in 2000, the San Juan Shootout.

Nebraska plays South Florida in the third-place game on Wednesday.

They became the first non-Atlantic Coast Conference team to beat Duke at Cameron Indoor Stadium in nearly 20 years and the second unranked team to upset a No. 1-ranked team on its home floor in two weeks after Evansville went into Rupp Arena and stunned Kentucky 67-64.

Duke had the ball in the closing seconds of overtime, but Tre Jones missed a jumper with about 15 seconds left and Wendell Moore rebounded it. Hounded by the Lumberjacks’ high-pressure defense, Hurt threw the ball away in a scramble with about 3 seconds left and it went to Bain — who went the length of the floor for a buzzer-beating layup.

Tre Jones had 17 points and 12 assists — but also had eight turnovers against a high-pressure Stephen F. Austin defense that is the nation’s best at generating takeaways.

There were two ties and a lead change in the final minute of regulation, with Kensmil tying it at 81 with his layup with 19 seconds remaining. That left Duke with the last shot before OT, but after Jones missed a turnaround jumper with about 4 seconds left, the rebound was batted around to Stanley, whose jumper off the glass went off the rim at the buzzer.

Stephen F. Austin: No question the Lumberjacks earned the biggest victory in program history, becoming the first non-ACC team to come into Cameron and win since St. John’s did it in February 2000.

Duke: The Blue Devils’ run at No. 1 will end after two weeks, with this young team coming apart under the pressure of Stephen F. Austin’s tenacious defense.