Lyle served in the Army Air Corp from 1944-1947 and Army Reserves from 1947 to 1950. He received a Quilt of Valor on May 11, 1919 along with his two sons Larry and Lonnie. Lyle was a police officer for the City of Alliance retiring after 23 years of service. He then worked for the Alliance public schools for 8 years. He was a member of St. John’s United Lutheran Church and Eagles Club.

Funeral services will be Tuesday, December 3 at 2:00 p.m. at St. John’s United Lutheran Church with Pastor Tim Stadem officiating. Burial will be in the Alliance Cemetery with military rites. Visitation will be Monday from 2-7 p.m. at the funeral home. 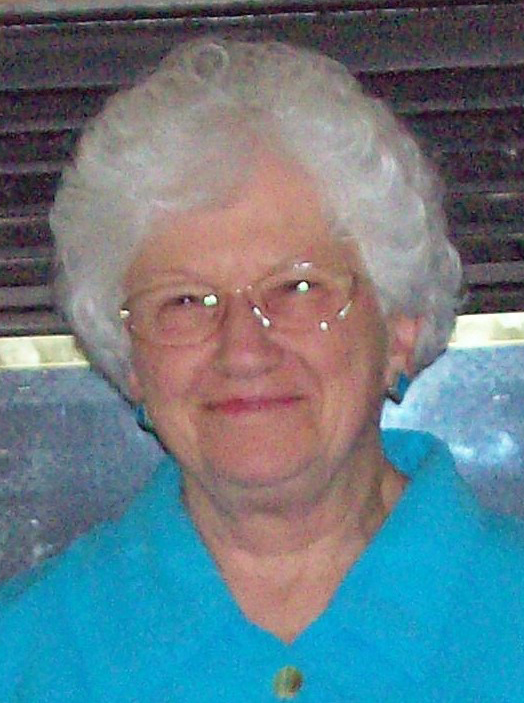 Ruth Ann (Rehder) Cole went home to be with the Lord she loved and served Sunday, November 24, at age 89. She had been living in the Memory Care Unit at Highland Park in Alliance.  ﻿

Ruth was born in Alliance Nebraska, July 14, 1930. She was the first child of Herman and Amanda (Finke) Rehder.   She had two younger brothers, Werner and Arnold.

Growing up Ruth was a member of Immanuel Lutheran Church where she taught Sunday school. Ruth graduated from Alliance High School in 1948 and right after graduation moved to Washington D.C. to help with the war effort. She held several clerical jobs while there with the bulk of her time working at the National Archives.

Ruth married Edward Cole, in April of 1953 and to this union seven children were born.  They made their home in Dayton, Ohio during the time of their marriage.

In December of 1970, Ruth moved back home to Alliance with her five girls. Ruth worked at Safeway for 25 years starting as a checker and ending as the Front End Manager. She was always dedicated to her job and retired from Safeway in 1995.  After her retirement, she worked for several years as the church secretary at the Alliance Berean Church.

Ruth enjoyed attending Bible studies, Church activities, traveling, tending to her beautiful flower gardens, reading, watching movies, and keeping up with her grandchildren and great grandchildren’s activities. She also met with her AHS classmates every month for lunch.

Ruth always had an interest in current affairs; she enjoyed history and following politics. Ruth was always ready to lend a hand in support of any organization she may have been involved in as well as always being ready to help her children and grandchildren when needed.

Ruth had a strong faith in Christ and was a member of the Alliance Berean Church.

Her parents, her brother Werner, brother Arnold and sister in law Jackie; her husband,  grandson Cassidy Fester and nephew David Rehder preceded her in death.

Funeral services will be at the Alliance Berean Church on Wednesday at 10 a.m. with Pastor Glenn Johnson officiating. Visitation will be one hour prior to the service at the church.

Memorials may be sent to Highland Park Memory Care or to the family c/o 1011 w 2nd St, Alliance.