(AP) Denver Broncos defensive end Derek Wolfe’s season is over after the team placed him on injured reserve. Wolfe dislocated his left elbow in the Broncos’ game against the Los Angeles Chargers. Wolfe finishes the season with a career-best seven sacks, including two of Philip Rivers in his final game. The eighth-year pro and Super Bowl winner becomes a free agent in March. 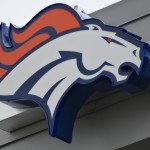 (AP) DENVER - Brandon McManus figured conditions were perfect for him to make history. But Broncos coach Vic Fangio decided against letting him try a 65-yard field goal with 1 second left in the first half. Fangio said he’s seen too many kickers alter their mechanics for monster field goal tries and that affects them on subsequent, shorter kicks. McManus dismissed that notion but he did kick two 50-plus field goals after halftime including the game-winner from 53 yards in Denver’s 23-20 win over the Chargers.