CHADRON, Neb. -- December 3, 2019 -- The Chadron State College basketball teams will launch their Rocky Mountain Athletic Conference schedules by hosting the Colorado Christian Cougars on Friday night and the Regis Rangers on Saturday night in double-headers in the Chicoine Center. The women's games will tip off the action at 5:30.

For the Eagles, this will be a "new season." Both teams took their lumps while playing non-conference foes. The CSC women are 2-7 and have been outscored by an average of 70.6 to 60.5 points. The men are 1-5, but the points per game margin is just 69-68.5 after CSC outgunned Presentation College 83-53 during the Eagles' first home game on Sunday.

The Lady Eagles' wins are over their first and last opponents. They edged Texas A&M International 66-62 in the opener and Converse College of South Carolina 81-63 on Saturday at the North Star Classic in Fairbanks, Alaska.

Three players have frequently set the scoring pace for the women's team. Junior Taryn Foxen leads with a 13.1-point average, followed by senior transfer Melisa Kadic at 11.0 and sophomore point guard Jori Peters at 9.3 a game. Freshman Jordan Morris is chipping in 6.5 points a game, fourth best on the roster, and is also averaging 5.3 rebounds.

Also a senior transfer, 6-4 Brian Rodriguez-Flores, is the top scorer and rebounder on the CSC men's team at 16.5 points and 5.8 rebounds. Point guard Colby Jackson is next on the scoring chart at 10.2 points a game despite shooting just 31 percent from the field. He's taken up some slack by making 25 of 30 free throws.

Lack of depth is not one of the men's problems. Coach Houston Reed has mixed and matched an assortment of players during the first six games in an effort to find the right combinations.

The Eagles played Presentation on Sunday without senior guard Michael Sparks because of a foot injury. Reed said he can not predict whether Sparks will be available this weekend.

Both Colorado Christian teams will come to Chadron with 0-6 records. The Cougars opened their seasons by playing two games in Texas and the remaining four in Washington state. The women have lost by as many as 28 points and as few as five. The men's margins have ranged from 26 down to three.

The Lady Cougars' top gun is 5-9 junior Sam Nunes, who is averaging 11.5 points. Classmates Lourdes Gonzales and Brooke Hurlbut, both about 5-11, are averaging nine points apiece.

The Colorado Christian men also are being led by juniors. Justin Engesser is averaging 14 points, Elijah Oliver 12.8 and Jake Hornick 11.5. Spencer Hoffman, a 6-11 sophomore, is scoring at a 9.8 clip and has made all 11 of his free throws.

The Regis women are 2-4 this season. They have lost to RMAC rivals Colorado Mines 69-55 and CSU-Pueblo 69-63, both games scheduled outside of the regular league rotation. Junior Whitney Jacob leads in both scoring and rebounding at 12.7 and 8.0. Freshman guards Kali Murrell and Morgan Smith are each averaging nine points.

The Regis men, one of the preseason favorites in the RMAC, are 5-1, losing only to Western Oregon 90-69 after knocking off another Oregon team, Concordia, 80-49, the previous game. The Rangers also toppled Minnesota-Mankato 97-89 and Eastern New Mexico 84-70 in their most-recent games.

The Rangers' top scorer has been Toni Rocak, a 6-8 native of Switzerland, at 15.3 a game. Guards Brian Dawson and Christian Little are averaging 12 and 11 points, respectively.

Rocak is one of several foreigners on the Regis roster. Others are from Australia, Italy, Lithuania and New Zealand. The Lithuanian, Tomas Auruskevicius, had made 12 of 25 three-point shots.

After this weekend's twin-bills, the Eagles will play their next five RMAC games on the road before they're at home again on Jan. 10. 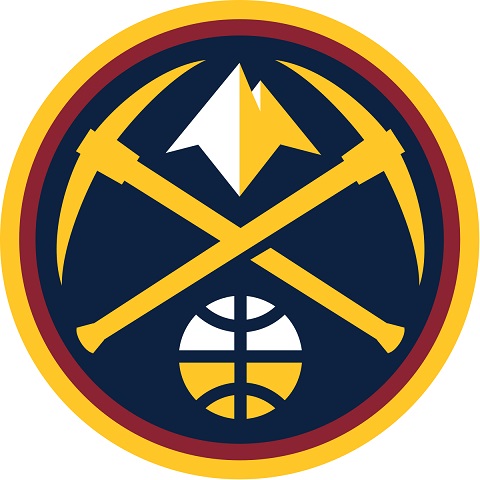 DENVER (AP) — LeBron James has been compared to Michael Jordan for his entire career, though on Tuesday night it was Anthony Davis who emulated the Hall of Famer.

Davis, ailing from flu-like symptoms, took an IV at halftime and then scored 13 of his 25 points in the third quarter to lead the Los Angeles Lakers to a 105-96 victory over the Denver Nuggets.

James also had 25 points, nine assists and a crucial dunk off a miss late in the fourth quarter to clinch a matchup of the top two teams in the Western Conference.

Jordan's legend grew when he played through the flu in Game 5 of the 1997 NBA Finals, leading the Chicago Bulls to the win and eventually their fifth title in seven years. Tuesday's game was just the 20th of the season for the Lakers but Davis' effort still impressed his coach.

"For him to play through illness and have that kind of performance was something special," coach Frank Vogel said.

Davis missed the morning film session and his status for the game was questionable until before tip. He showed no effects of the illness, scoring most of the Lakers 24 points in the third quarter. He also had 10 rebounds and helped to hold Nuggets center Nikola Jokic to 13 points.

He played nearly 37 minutes after trying to recover for most of the day.

"Sleep. That's really it. Sleep and a couple of medicine things here and there," he said of the treatment he took. "The IV at halftime was trying a way to keep going."

Jamal Murray scored 22 points and Paul Millsap had 21 points and eight rebounds. Jokic added eight assists but wasn't the only one struggling on offense. Denver shot 40.7% and failed to reach 100 points for the second straight game.

"We got the looks we wanted but just didn't hit some shots," Murray said.

Both teams were coming off losses that ended long winning streaks, but it was Los Angeles that bounced back behind James and Davis and a 56-35 advantage in rebounding. The Nuggets nearly came back in the final minutes.

The Lakers led by 10 midway through the fourth before Denver rallied to get within a point with 2:23 left. But the Nuggets didn't score again. The Lakers hit three free throws and James slammed home Davis' missed layup with 1:15 remaining.

"They're one of the top teams to come back from double-digit deficits in the second half," James said. "We knew they were going to make a run. A very good team at home and we just kept our composure."

Denver has lost two in a row for the second time this season and fell to 8-3 at home.

"They are a better team than us right now," Millsap said. "We didn't bring our best game but we were still in the game. If we could have knocked those shots down it would have been a totally different ballgame."

AROUND THE NBA TUESDAY

The Miami Heat have ended Toronto’s seven-game winning streak and became the first team to knock off the Raptors in Canada this season. Jimmy Butler had a triple-double of 22 points, 13 rebounds and 12 assists as the Heat outlasted the Raptors, 121-110 in overtime. Butler scored eight consecutive points in 55 seconds to begin the extra session. He bailed out the Heat after they coughed up a seven-point lead in the final two minutes of the fourth quarter. Duncan Robinson scored 22 points Bam Adebayo scored 18 points as Miami dropped Toronto to 9-1 at home. Norman Powell had a team-high 23 points and Pascal Siakam (see-A’-kam) added 15 points with 12 rebounds for the Raptors.

Montrez Harrell scored 26 points and Paul George added 25 in the Clippers 117-97 thumping of the Trail Blazers. Kawhi Leonard added 11 points in helping extend the Clippers’ franchise-best start at home to 13-1.

D.J. Augustin added 16 of his 24 in the fourth quarter of the Magic’s 127-120 verdict over the Wizards. Evan Fournier had a team-high 31 points against Washington, which lost for the fifth time in six games despite Bradley Beal’s 42 points.

Blake Griffin was 6-for-7 from 3-point range while scoring 24 points in the Pistons’ 127-94 victory over the Cavaliers. Andre Drummond had 17 points and 14 rebounds for Detroit, which has won two straight for the first time this season.