Haanif Cheatham produced his first career double-double Wednesday night for the Nebraska men's basketball team, but Michael Devoe flirted with a triple-double to lead Georgia Tech to a 73-56 victory in a Big Ten/ACC Challenge matchup at McCamish Pavilion in Atlanta.

Cheatham paced the Huskers with 14 points and 11 rebounds, the first double-figure rebounding game of his career. Cam Mack and Jervay Green each added 11 points for Nebraska, but the Huskers shot just 32 percent from the field – including 25 percent in the second half – and were 8-of-18 from the free throw line. Nebraska (4-4) also committed a season-high 18 turnovers which led to 18 Yellow Jacket points.

Devoe, the ACC's leading scorer, put up 26 points, eight rebounds and seven assists for Georgia Tech (4-2, reaching the 20-point plateau for the fifth time in six games. Moses Wright added 18 points and nine rebounds for the Yellow Jackets, who trailed by four late in the first half before outscoring Nebraska 21-6 over the final four minutes of the opening period and the first four minutes of the second half to pull away for the win.

Nebraska trailed by four, 32-28, at the half. The Huskers, who entered the game averaging 11.9 turnovers per game, survived a first half in which they turned the ball over 11 times. Fueled by the turnovers, Georgia Tech used runs of 8-0 and 10-0 to take the four-point lead into the locker room. Cheatham put up eight points and six rebounds to keep the Huskers close, and Thorir Thorbjarnarson provided a spark with six points in seven minutes off the bench. 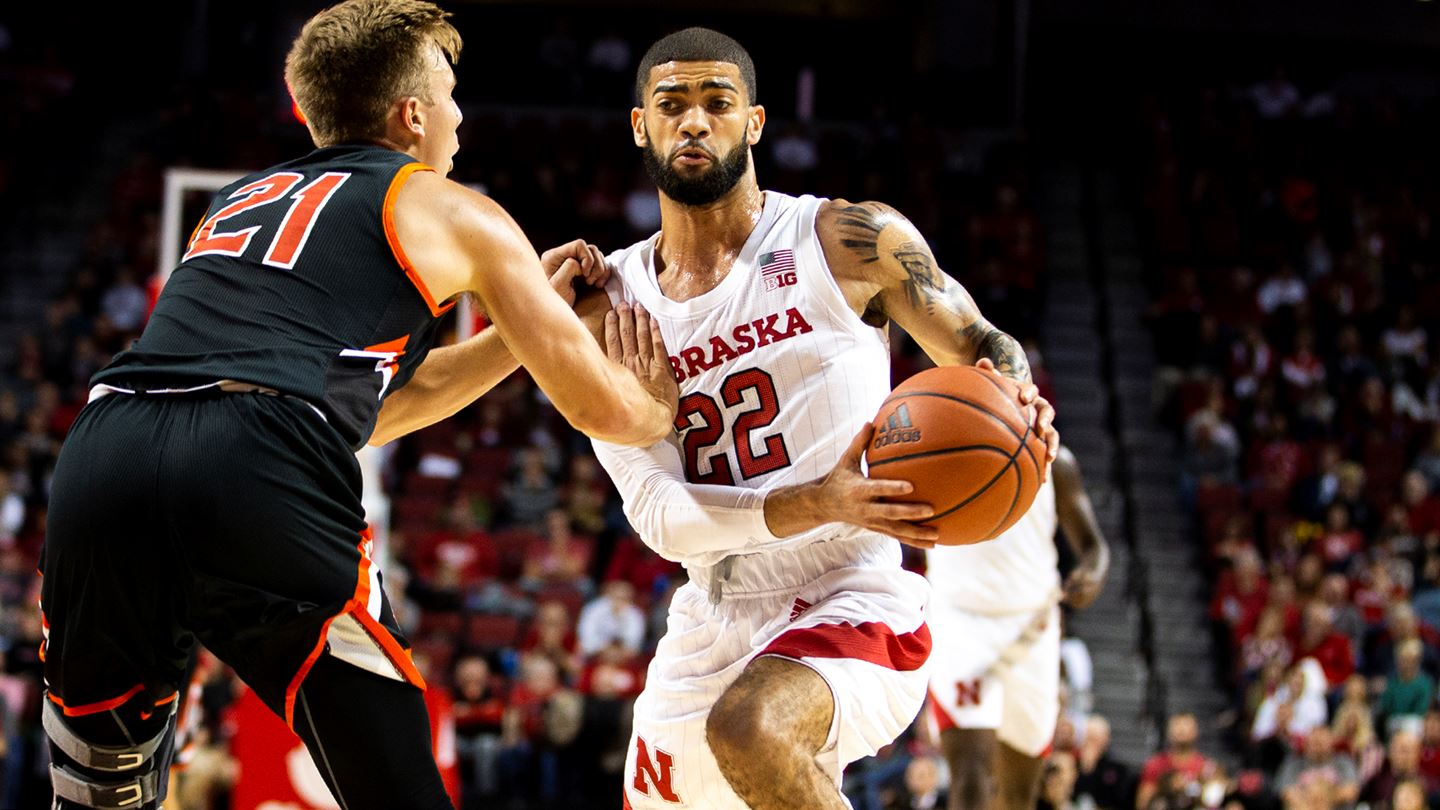 Dachon Burke hit 3-pointer on Nebraska's opening possession, but the Huskers missed seven of their next eight shots as Georgia Tech built an 8-5 lead. Nebraska responded with an 8-1 run to grab a 13-9 advantage, but the Huskers then went scoreless for more than five minutes as Georgia Tech scored eight straight points to pull in front 17-13 at the midway mark of the half.

Thorbjarnarson ended a scoreless drought of more than four minutes with a basket, and he sparked Nebraska with six points and drew a pair of charges during a 13-5 run that put the Huskers in front 26-22 with four minutes remaining in the half. But after back-to-back Thorbjarnarson baskets gave the Huskers their biggest lead, Georgia Tech scored 10 straight points to take a six-point lead, before Cheatham ended another four-minute scoring drought for the Huskers with a layup just before the first-half buzzer.

After Georgia Tech closed the first half on a 10-2 run, the Yellow Jackets opened the second half on an 11-4 spurt as the Huskers struggled to score. Green knocked down a 3-pointer to begin the half, but Nebraska missed its next 10 shots and converted only 4-of-10 free throws as Georgia Tech built its first double-digit lead at 43-32 four minutes into the half.

A quick 5-0 spurt pulled Nebraska to within six, but Georgia Tech answered that run with a pair of 5-0 runs of its own over the next four minutes to grab a 13-point lead midway through the period. Nebraska cut the lead to double digits twice over the next five minutes but could get no closer than nine before Georgia Tech put the game away by scoring seven straight points to build a 67-51 lead with 2:26 remaining.

Nebraska continues its three-game road trip on Saturday, when the Huskers travel to Omaha to take on the Creighton Bluejays.