(Clyde) Dean Carpenter (93) passed away November 26, at Crest View Care Center in Chadron, Nebraska. He was the widower of Zolita (Morris) Carpenter, they shared 65 years together.

He attended rural school in Beaver Valley until the Family moved to Chadron where he continued his education receiving his diploma from Chadron High School in 1944.

He joined the Merchant Marines when he turned 18 and severed in the South Pacific during World War II. On his first leave he returned to Chadron and married his high school sweetheart, Zolita Morris.

After the war her returned to Chadron moving to Cheyenne, Wyoming in 1948. While in Cheyenne he drove city bus and began his retail career, moving to Casper in 1962. He moved to Midvale, Utah in 1973 where he and Zolita opened their first shoe store. They went on to own eight stores at one time in the Salt Lake/Orem Valley.

Upon retirement in 1993 he moved back to Chadron and became active in the community. He was a member of Dawes County Museum Board, a member of; The Dawes/Sioux County Historical Society, Charon area Boy Scouts and the LDS Church.

He was preceded in death by: his wife, a daughter, a granddaughter: his parents, brother and sister.

Services will be held Friday December 6 (2:00 pm) at the LDS church followed by interment at Greenwood Cemetery in Chadron.

In lieu of flowers a memorial has been established for the Dawes County Museum. Donations may be sent to Chamberlain Chapel, PO Box 970; Chadron, NE 69337. 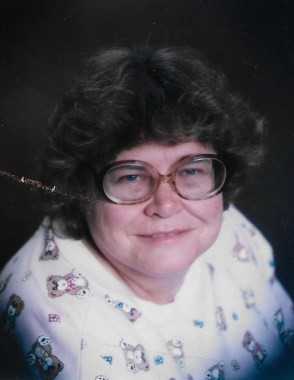 Shannon LaRene (Mann) Hoffman, 75 was born January 8, 1944. She died November 26, 2019 at Crest View Care Center. Chadron, Nebraska where she spent her younger years on the family farm South of Chadron.

Her parents were Thomas E. and Evelyn Ruth (Walcott) Mann. Grandparents were Edwin and Edna Mann, and Edward and Katherine Walcott. All great Gandparents settled in Dawes, County.

Shannon attended 11 years of school at Chadron Prep, then graduated from Chadron High School in 1962. She attended Chadron State College and finished her college years at Bringham Young University. She worked at the Harold B. Lee Library in Utah until she retired. She moved to Rushville, Nebraska and worked for the Rushville Public Library from 1997 until 1999.

She married Richard Wallman and Mel Garret. Both these marriages ended in divorce. On April 4, 1990 she married James Casper Hoffman. She lived five happy years with Jim, until ill health took his life.

Shannon was preceded in death by Husband James Hoffman Jr, Her parents, and a brother, Charles E. Mann.

Surviving is a daughter Trixie and husband Tom Waller of Monahans, TX. Grandsons Michael Brunage and Tyler Wills and wife Marina, and great granddaughter Graceland, two sisters Mary Frances and Larry Waldron of Rushville and Katherine Galey of Chadron, nieces and nephews. Special mention is given to Robert and Rachel Galey who spent many hours giving Shannon care.

A service of remembrance will be held Friday, December 6, 2019 at Chamberlain Chapel at 10:00AM in Chadron, Nebraska. A memorial has been established and donations may be sent to Chamberlain Chapel, PO Box 970, Chadron NE 69337.