The Alliance City Council held a special meeting Tuesday to discuss options to meet the City's Transit and Parks needs and also look at direction for the City owned property at 1200 Flack Ave..the former Bomgaars Building, which the City purchased in 2018.

Sprock presented several options to the Council...remodeling the Bomgaars building, Expanding the Public works building or building a new facility...each with their benefits and challenges.  Sprock outlined several ideas regarding expansion of the current public works building which would allow additional space for the Electric, Water and Public transit and would then allow the Street Department to move into Public Works facility and in turn the Parks Department would move into the Street Building. The upside of the expansion would be consolidation, transit money would be available to help with costs, More of the Citys reserves would be available and the building could be designed to meet the department needs. The downside would be the total cost is unknown at this time and what would the City do with the building at 1200 Flack. Sprock gave the council some estimated costs for the expansion, based on total square footage needed for each department and with some cost share funds available the estimated cost was just under 1.6 million.

Sprock also outlined 2 options for remodeling the Bomgaars building. The benefits of which would be....

1. Making good use of a vacant property

2. The property is fenced

3. Allows for the development of East 12th street

The Challenges of remodeling the 1200 Flack Building.

1. It is an older building

2. It has a concrete floor with no drainage

3. It has interior support pillars

5. It is not centrally located

6. 12th street would need to be paved to Potash Ave.

Box Butte Development Director Chelsie Herian spoke to the Council about marketing 1200 Flack, saying she has spoken with several parties who expressed interest in buying the building. Some retail, some Industrial.

Herian asked the Council..." could the building be sold" and could she move forward if the price is agreeable?

City Manager Sprock wraped up his presentation saying the City has the borrowing capacity and reserves to afford any of the options discussed. Sprock said it is the recommendation of City staff to move forward with the expansion of the Public Works Building, Move the Street Department to that facility and move the Parks Department to the Streets building. Sprock said the next step would be to hire an engineer to assess the property and work with staff to create a design for the expansion.

Mayor Mike Dafney asked for input from the City Department Heads. Cultural and Leisure Service Director Shana Brown said the Bomgaars building would not be the best for her department due to the distance from downtown and limited access. She would support following the staff recommendation. Electric Superintendent Kirby Bridge and Water/Sewer/Street Superintendent Ross Grant both said they would support the public works expansion. Fire Chief Troy Shoemaker and Police Chief John Kiss both said moving to the former Bomgaars building would allow their departments more space, but they would follow whatever direction the Council decided. Mayor Dafney said he would be in favor of following the Staff recommendations and stated that he felt the City made a mistake in purchasing the facility at 1200 Flack and it was time to own up to that and make a decision on what to do. Dafney said "the city has been sitting on this for 2 years" . Mayor Dafney asked the other Council members for their input. Council members Annora Bentley and Ryann Reynolds both said they would support selling 1200 Flack and getting it back on the tax rolls. Councilman Brian Mischnick spoke on the potential impacts this project would have on the Citys ability to maintain their current sewer/water/electic and streets, if funds go to the expansion project. Mayor Dafney moved to follow the staff recommendation and the motion passed 3-1 with Councilman Mischnick voting no.

Mayor Dafney then moved to allow Box Butte Development to explore selling the 1200 Flack facility with council approval of any potential sale. That motion passed 4-0. Councilman Earl Jones was excused from the meeting.

In other business the Council approved a resolution authorizing an Amended Memorandum of Argeement with Western Nebraska Community College for leased space within the Alliance Library/Learning Center. 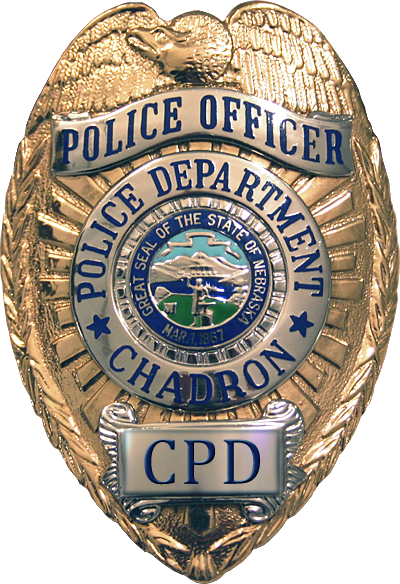 Chadron Police and the Dawes County Coroner's Office are investigating the death of a 53 year old Chadron resident.

According to a press release from Dawes County Attorney Vance Haug,  On Monday Morning, December 9, at approximately 7:15 am, Chadron Police were called to investigate the unattended death of Scott Gibbons. Gibbons was found dead in the home of a family member, who discovered him to be non-responsive on the couch when she awoke that morning.

The Dawes County Attorney/ Coroner's Office was contacted shortly thereafter and an autopsy was ordered to assist in determining the cause of death. Foul play is not suspected and the investigation is ongoing.