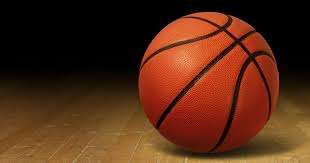 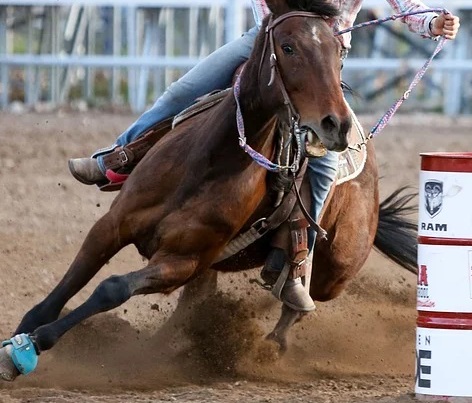 There’s a Friday the 13th in December this year. And, this is the 13th consecutive year that Lisa Lockhart of Oelrichs will be competing in the barrel race at the Wrangler National Finals Rodeo in Las Vegas. The 10 rounds of competition begin on Thursday and will run through Saturday the 14th at the Thomas and Mack Center.

We’ll have to wait until the fabled rodeo is almost over before we’ll know what kind of luck Lisa has when she and the three horses she took to run the cloverleaf pattern have in Vegas this year. However, she’s already left an indelible mark in the highly competitive barrel racing world, and she adds to it nearly every year.

While Lisa did not do as well as usual at the NFR last year, finishing 11th, her lowest placing since she was 12th in 2008, she’s more than made up for that downturn this year. She’s third in this year’s standings with earnings of $146,352 going to Las Vegas. That’s the second highest total of her career during the “regular season” and only about $8,450 behind the leader, Nellie Miller of Cottonwood, Calif., whose earnings total $154,810. Sandwiched between them is last year’s winner, Hailey Kinsel of Cotulla, Texas, with $148,867.

Much of Lisa’s earnings this year came at two special events. In March, while riding what she called her “third string” horse, Cutter, a black gelding, for the first time in big time competition, she pocketed more than $26,000 while winning first place at the Ram National Circuit Finals Rodeo in Kissimmee, Fla. Then in July, she edged Kinsel by three-thousands of a second for top honors at the Calgary Stampede.

Calgary’s first place payoff totals $100,000 but only half of that amount can be counted toward NFR qualification. Still, $76,000 goes a long ways toward punching a ticket to Las Vegas. This year’s 15th barrel racing qualifier has earnings of $88,936, and she had to enter 73 rodeos to do it.

Cutter is among the three horses Lisa and her husband, Grady, loaded onto the trailer Sunday morning after the weekend blizzard had subsided and the highways were reopened. Also making the trip was Rosa, the nine-year-old mare that began earning her spurs in the barrel racing world in early 2018 when she and Lisa won first and something like $33,000 at two Texas rodeos.

Rosa also was the horse Lisa was riding when she won the Calgary Stampede last summer.

Then there’s the “old faithful” of the Lockhart string. He’s Louie, now 16. He couldn’t be left behind. He’s familiar with the Thomas and Mack Center after being the mount Lisa rode in every go-round at the finals eight straight years. Besides having uncommon speed, he seldom knocked over a barrel, which is disastrous because it adds five seconds to the time. Three times over a four-year stretch through 2017, Lisa and Louie left all 30 barrels standing, helping them either win or place high in the averages.

When asked which horse she expected to ride in the opening go-round Thursday night, Lisa said she was leaning toward Cutter. She said he performed well during several rodeos they attended in September and seems to keep improving.

Lisa isn’t the only South Dakota cowgirl in the NFR barrels. Jessica Routier of Buffalo has qualified again after finishing second in the world standings last year with earnings of about $241,000. She’s eighth among this year’s top 15 with paychecks totaling $96,582.

This is Pruitt’s second NFR. He finished 7th in the final tie down standings in 2016. His father, Troy, was the world champion tie down roper in 1990 and his mother, the former Martee Meter, was a top barrel racer while attending Chadron State College in the late 1970s and early ’80.

Don Meter of Minatare, Riley’s maternal grandfather, was Chadron State’s first national champion athlete in any sport when he won what was then called “calf roping” in 1954 at the college finals rodeo.