Authorities say a driver died after his vehicle crashed off a state highway in northeast Nebraska.

The accident occurred around 5:30 a.m. Thursday along Nebraska Highway 35, about 4 miles east of Wayne.

Authorities say the vehicle went out of control and ran off the roadway into a ditch before rolling.

The driver was pronounced dead at the scene. The sheriff's office identified him as Richard Leikhus, who lived in rural Wakefield.

The crash is being investigated. 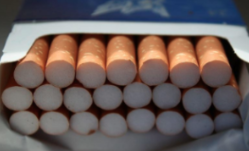 Smokers, do not apply: U-Haul won't hire some nicotine users

U-Haul has a New Year's resolution: Cut down on hiring people who smoke.

The moving company said that it won't hire nicotine users in the 21 states where it is legal to do so.

It says that it wants to make its work environment “healthier."

The new policy will start Feb. 1, and won't apply to those hired before then.

The Phoenix-based company has more than 30,000 employees.