A Nebraska man faces federal charges after authorities say he used nude photos of a legislative candidate's wife as blackmail to try to derail the candidate's campaign.

Dennis Sryniawski. of Bellevue, has been charged with cyberstalking and threats with intent to extort.

An indictment alleges that Sryniawski sent threatening and sexually explicit emails to Diane Parris, who was serving as campaign manager for her husband, Jeff Parris, when he ran for the Nebraska Legislature in 2018. Diane Parris, of La Vista, received emails in October 2018 from a man with whom she had been in a relationship more than two decades ago. 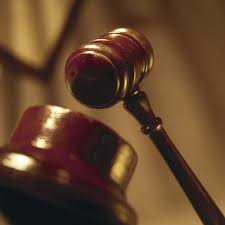 The trial of a Roman Catholic priest accused of sexually assaulting a woman in central Nebraska is underway.

Television station KSNB reports that the trial for the Rev. John Kakkuzhiyil  began Monday after a jury was selected. He has pleaded not guilty to a charge of forcible sexual assault.

Kakkuzhiyil was arrested early last year following a monthlong investigation by the Nebraska State Patrol after a woman told police he sexually assaulted her in November 2018 in his Ord home.

The woman told investigators she blacked out after having a couple of drinks with the priest.