Nebraska Third District Congressman Adrian Smith (R-NE) has  announced  his nomination of four students to the U.S. Service Academies for the class entering in fall 2020.

The service academies offer a unique opportunity for motivated students to serve their country while undergoing a rigorous academic and physical regimen. In exchange for tuition, students agree to serve in the U.S. military after graduation.

“It is my honor to nominate a number of talented young Nebraskans, who have demonstrated the skills to become the future leaders of our military,” Smith said. “Their dedication to their studies and commitment to their families and communities showcase their resolve to serve our country. I wish them well and believe they would represent Nebraska proudly.”

Allen McCumbers of Harrison has been nominated to the U.S. Air Force Academy at Colorado Springs, Colorado. Allen, a senior at Sioux County High School, is the son of Chad and Cynthia McCumbers.

Colton Craig of McCook has been nominated to the U.S. Military Academy at West Point, New York. Colton, a senior at McCook High School, is the son of Chris and Merrilee Craig.

Avril Jones of North Platte has been nominated to the U.S. Air Force Academy at Colorado Springs, Colorado. Avril, a freshman at the University of Nebraska-Kearney, is the daughter of Damien and Sarah Jones.

Grady Griess of Grand Island has been nominated to the U.S. Naval Academy at Annapolis, Maryland. Grady, a senior at Grand Island Northwest High School, is the son Melvin and Julie Griess. 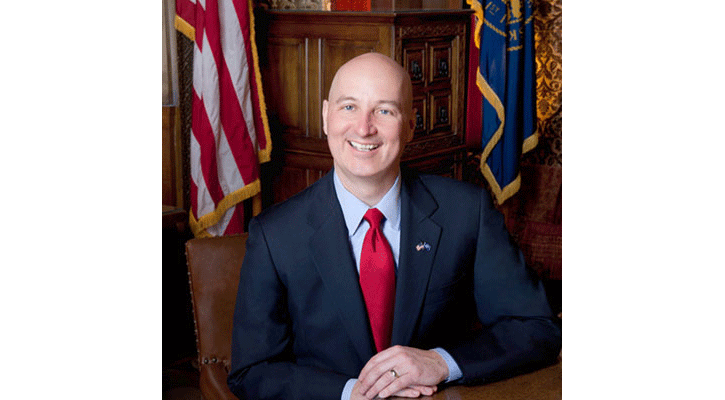 This week, the Nebraska Legislature kicks off a new session at the State Capitol.  Over the interim, I’ve been working with my team and Senators to prepare important initiatives such as property tax relief and flood assistance.  On Wednesday, January 15th, I will detail my plans for the session in my annual State of the State address, which you can watch online at www.netnebraska.org or read once it’s posted at my website which is listed below.

Ahead of this address, I want to share one very important priority with you.  Early in the session, the Legislature is expected to debate tax relief for veterans.  Last year, LB 153 was introduced by Senator Tom Brewer of Gordon and prioritized by Senator John Lowe of Kearney at my request.  This bill proposes to exempt 50 percent of military retirement benefits from income tax.  The Revenue Committee voted to advance it to the full Legislature for floor debate.

Second, veterans are a great cultural fit for Nebraska, and we want more of them to make their home in Nebraska.  Military families are some of the most dedicated, patriotic citizens in our society.  They’re responsible, disciplined, and ready to give back to their community.  Since many military personnel can retire after twenty years of service, they often finish their military service in their 40s or 50s.  At this age, they’re still looking for ways to actively invest their wealth of skills and experience in a new job.  Given our state’s need for talented workers, we cannot afford to have military retirees exit our state for a more favorable tax situation elsewhere.

I know about the value of hiring veterans from firsthand experience.  As Governor and in the private sector, several key team members who have worked for me previously served in the military.  In my administration, I have hired a former Navy officer as Chief Human Resources Officer and to lead Administrative Services as well as a Captain from the JAG Corps to lead Veterans Affairs.

Finally, tax relief for veterans is a part of our plan to make Nebraska the most veteran-friendly state in the nation and to connect veterans with great opportunities here in the Good Life.  My administration has taken a number of steps to make Nebraska a friendlier and more welcoming home for our military families and veterans.  We adopted a new rule to enable military spouses to receive a three-year teaching permit in Nebraska with a valid out-of-state license.  We expanded the hiring preference in Nebraska to include spouses of service members.  We also entered into the Enhanced Nurse Licensure Compact, which allows nurses to have one multi-state license.  This makes it easier for military spouses to begin work in nursing after moving to our state.  Through these initiatives, and a host of others, the State of Nebraska is thanking our veterans in practical ways.  Passing LB 153 is the next logical step in our mission to make Nebraska the best state in the U.S. for military families and veterans.

As the legislative session kicks off, I encourage you to follow www.Governor.Nebraska.gov for updates on important bills.  We will need your help to deliver tax relief and support our veterans.  It is an expression of our gratitude for our servicemen and women for the sacrifices they have made.  If you want to join us on these important efforts, please consider reaching out to your State Senator right away.  You can find their contact information at www.NebraskaLegislature.gov.  Let them know you stand with Nebraska’s veterans!