APD investigators said they were called to East 9th Street in Alliance on Christmas Eve, Dec. 24.

Cornell Belt thought his wife and their roommate were having an affair.

Alliance police said that Belt set a fire at the top of the staircase leading to a basement to prevent the roommate from leaving the residence.

Belt also pulled a gas stove away from a wall in an attempt to disrupt the gas line, thus possibly causing an explosion.

Belt’s daughter was home. She ran to a neighbor’s house.

Belt was interviewed at the Alliance Police Department. Belt said if he had a firearm at the time of the incident he would have killed his wife and roomate. 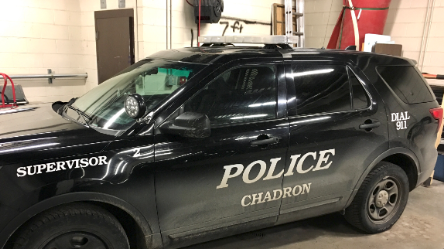 The Chadron Police Department has been made aware recently of a possible issue and concerns involving reports related to an internet search for urgent care in Chadron and is providing this information for the protection of area citizens trying to locate health care in our area.

An internet search for urgent care in Chadron, Nebraska will bring up links to legitimate health care facilities located in Chadron as well as a link to “Almacare Urgent Care” located at 200 202 Spruce Street in Chadron.

There is no Almacare Urgent Care business located at their internet advertised street address of 200 202 Spruce Street, Chadron, Nebraska. The phone number (402) 987-8750 in the link is not a local phone number.  The Chadron Police Department called this number yesterday and was asked to provide a cell phone number and someone would text us back. We received a text from (402) 987-8750 and was told they were fully booked for walk-in appointments at this time and told us they do not accept insurance via a text message, but they can call in scripts directly to a pharmacy. The police department was told via a text messages that they could call in a prescription for 30 days but it would cost $196.00 and they do not accept insurance. We were asked to provide our name, date of birth, an email address and the pharmacy phone number, which we did not provide via text, but provided a picture of our police patrol car.

Over the past couple of days the department has done some follow up and found that the name provided during the text messages was that of an Emergency Certified Nurse Practitioner licensed out of Georgia, whose license to practice has since been suspended in multiple states as of November 2019. We have tried to call the number and follow up several times today, but the number now goes un-answered and they are not responding to text messages or our requests to contact us for further follow-up. We are currently in contact with the Nebraska Department of Health and Human Services, which licenses health care providers in Nebraska. A Google search today finds that Almacare Urgent Care in Chadron is now advertised as being “Permanently Closed.”

We want everyone to be careful when dealing with a businesses over the phone or via text messages unless you have verified that the business is legitimate. You can research business at the Better Business Bureau online at bbb.org or by phone at 800-649-6814. You should never provide any personal information over the phone, via text messages or by email unless you are absolutely certain it is safe to do so.  You can never be certain about any information you find on the internet unless you are able to verify it through other avenues such as the Better Business Bureau.

The Chadron Police Department urges everyone to be cautious when using the internet.

If you used Almacare in the recent months, we would be interested in visiting with you as we have an open investigation, so please call the Chadron Police Department at 308-432-0510 and ask to speak with an officer.