CPD release 'Drive Sober or Get Pull Over' results

Drive Sober or Get Pulled Over DUI Grant

The Chadron Police Department participated in the statewide “Drive Sober or Get Pulled Over” grant from December 13th to January 1st. The grant provided the department opportunity for overtime shifts focusing on impaired driving enforcement. The Chadron Police Department was awarded $2300.00 which provided overtime shifts for 9 officers and 5 dispatchers over the course of the 19-day grant.

Chadron officers were able to make approximately 124 traffic contacts during the grant, in which 145 traffic violations were addressed, some of which included:

- 3 driving under the influence arrests

- 5 minor in possession of alcohol

The most common reason for the traffic contacts were for equipment violations on vehicles, followed closely by stop sign violations. Nearly every contact during the grant enforcement period was with a sober driver and the majority of all stops resulted in warnings.

If you have any questions, please contact the Chadron Police Department or Officer Sean Considine at 308-432-0510 or [email protected] 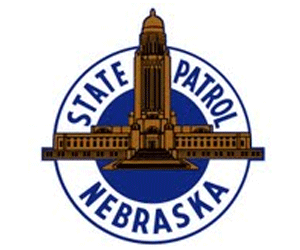 SCOTTSBLUFF —Investigators with the Western Nebraska Intelligence and Narcotics Group (WING) arrested a Scottsbluff man during an operation Tuesday afternoon.

The investigation revealed that Jon Worthman, an attorney based in Alliance, was trading legal fees for cocaine. Worthman, 52, of Scottsbluff, was arrested Tuesday and lodged in the Scotts Bluff County Detention Center for possession of cocaine with intent to deliver.

The WING Task Force includes officers and investigators from several agencies in the Nebraska Panhandle. WING was assisted by the Nebraska State Patrol and Scottsbluff Police Department.