Health officials in Omaha have confirmed that two children have died of complications from influenza this flu season.

The Douglas County HEalth Department said Friday in a news release that both deaths were in people under 18.

The department says it is prohibited by privacy laws from identifying the two children who died and would not give their exact ages or where they lived in Douglas County.

The pediatric deaths follow the department's report earlier this week that two adult flu-related adult deaths in people over 65 years have been reported in Douglas County. 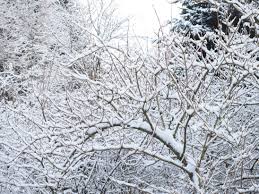 Schools, others in Nebraska, Iowa brace for winter storm

Schools in Nebraska and Iowa cancelled after-school activities and shut down early as residents in both states brace for the latest winter storm.

The National Weather Service has issued winter storm warnings for the southeastern corner of Nebraska and southern, central and much of eastern Iowa for Friday afternoon into early Saturday.

Those areas — including Fall City in Nebraska and Des Moines, Dubuque, Davenport and Burlington in Iowa — can expect high winds and up to 8 inches of snow. Surrounding areas, including Omaha, Nebraska, and Waterloo, Iowa, are under a winter weather advisory and can expect 2 to 4 inches of snow.