CHADRON, Neb. -- Black Hills State held Chadron State to 21.4 percent from the field and outscored CSC 16-8 in the fourth quarter, while winning 70-60 in the Chicoine Center Friday night.

Taryn Foxen tied the game at 54 with 9:40 remaining in the fourth quarter, but the Yellow Jackets scored the next four points and held the lead the rest the game. CSC got the deficit to two, before Black Hills state finished the period on a 12-2 scoring run.

CSC shot 58 percent in the first half, compared to 26 in the second.

The Yellow Jackets were led by Morgan Ham with 23 points. Racquel Wientjes had 17 points and seven rebounds.

Foxen led the Eagles with a game high 27 points. Jordan Morris scored ten and had a game high nine rebounds.

Chadron State was outrebounded by the hosts 37 to 36. Both teams committed 14 turnovers.

The Yellow Jackets, now 15-5 overall and 12-2 while continuing to share the top spot in the conference with Dixie State, sank 36 of 62 field goal shots (58%). That included 10 of 20 on 3-point attempts, but driving past defenders to the basket also paid big dividends. Fifty of their points were scored from in the paint.

Overall, Chadron State also shot well, making exactly half of their 54 shots from the field, including 12 of 28 from behind the arc. But after the score was knotted at 25-25 with 9:10 to play in the opening half, the Eagles hit the skids offensively and added just three more points before halftime, allowing the visitors to build a 46-28 intermission lead.

"Black Hills is a team that makes things difficult for you defensively," Chadron State Coach Houston Reed said. "They're the most well-rounded team we've seen because they've got so many different weapons they can throw at you."

A 6-foot-1 junior, Whitely led the Yellow Jackets onslaught, making 14 of 19 field goal shots, including four of six from long range, and most of the remaining 10 after driving to the bucket for layups. He also was five of six at the free throw line and came up with six steals. His previous high after transferring to Black Hills this year was 22 points during the 87-83 win at New Mexico Highlands last Friday night.

Reed said CSC tried to guard Whitely "straight up" but it didn't work out.

Oliver, a 6-3 senior, was eight of 13 from the field, including three of five on threes, and five of six at the line to go with a game-high seven rebounds.

Scott, a 6-7 freshman and the Jackets' top scorer with a 17.3-point average entering the game, was six of eight from the field, made his only trey, and also was five of six on charity shots.

The Eagles made nine of their first 15 shots from the field while staying even with Black Hills the first 11 minutes, but were just one of 11 the remainder of the first half. They found their shooting touch again in the second half when they were 17 of 27 for 63 percent, but never got closer than 13 points.

Senior Brian Rodriguez, the leading scorer for the season at 17.2 points a game, led the way for CSC again with 18, but the Eagles' highlight was provided by 6-6 sophomore Kayden Sund. He was six of eight from the field, including four of five from behind the arc, for 16 points. Previously Sund had scored just five points while seeing action in 17 of the team's 19 games and had not connected on any of his 11 3-point attempts.

The Eagles will be home again Saturday night to meet South Dakota Mines, which defeated Metro State 80-51 in Denver on Friday night. 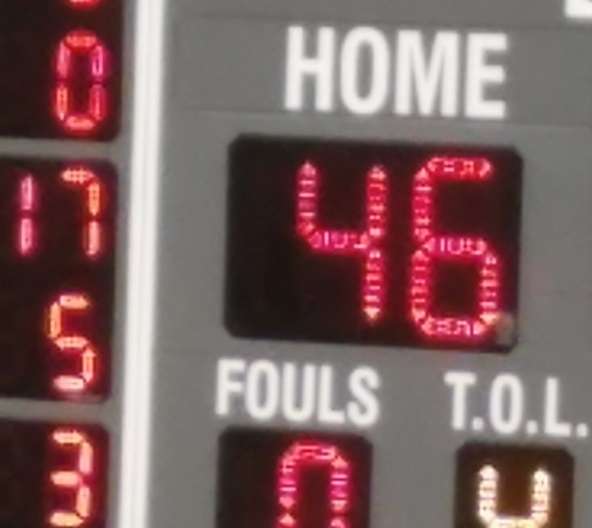