OMAHA, Neb. (AP) — A 14-year-old is suspected of shooting to death another teenager inside a northeast Omaha home.

He'd been shot in the chest.

The 14-year-old was booked into the Douglas County Youth Center on suspicion of manslaughter.

His name hasn't been released. 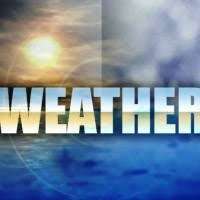 Arctic chill descends on much of Nebraska, most of Iowa

OMAHA, Neb. (AP) — Schools, businesses and organizations are remaining closed or opening late Thursday morning because of the arctic cold front that's descended upon eastern Nebraska and most of Iowa.

The National Weather Service says temperatures will be about 10-20 degrees below average in the northern and central Plains.

Wind chills as low as 30 below zero (minus 34 Celsius) were expected in some spots.

The extreme cold could keep both states in a deep chill Friday as well.

The weather service also warns of icy roadways and sidewalks because of the rapidly falling temperatures overnight.

Surfaces that look wet may be icy.