NASHVILLE, Tenn. (AP) — The Tennessee Titans kept their starting offense together with only one exception before the start of free agency in the NFL. The defense will look very different. The Titans traded five-time Pro Bowl defensive lineman Jurrell Casey to the Denver Broncos for a seventh-round draft pick. That's a day after the Titans agreed to terms with defensive end Vic Beasley Jr. on one-year deal to boost their outside pass rush. Trading away Casey was a surprise. He was a six-time team captain and the longest-tenured player drafted by Tennessee.

DENVER (AP) — Newly acquired cornerback A.J. Bouye learned quite a bit from Chris Harris Jr. He will now be stepping in for the Denver Broncos defensive back. Bouye was acquired in a recent deal with Jacksonville. He was hoping to be paired with his mentor. But Harris left town by agreeing to a deal in free agency with the AFC West rival Los Angeles Chargers.

LAKE FOREST, Ill. (AP) — The Chicago Bears have been busy the past few days as they try to bounce back from a disappointing season that began with Super Bowl hopes. They traded for quarterback Nick Foles to push Mitchell Trubisky. They also brought in one former All-Pro to boost their pass rush by agreeing to a five-year, $70 million deal with Robert Quinn, and have another former star on the way in tight end Jimmy Graham.

Dolphins piecing new team together with $222 million+ in acquisitions

MIAMI (AP) — The Miami Dolphins have added up to seven starters with a spending spree at the start of free agency. The latest addition to the starting lineup: center Ted Karras. A person familiar with the deal says Karras agreed to a $4 million one-year contract. Earlier the Dolphins made Byron Jones the NFL's highest-paid cornerback and bolstered their pass rush by reaching agreements with linebacker Kyle Van Noy and defensive ends Shaq Lawson and Emmanuel Ogbah. On offense they upgraded by acquiring running back Jordan Howard and guard Ereck Flowers. The seven deals were for a total of more than $222 million. 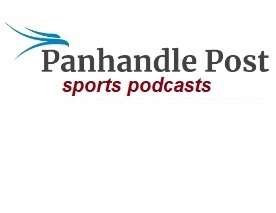 There's a few big questions out there as to how COVID-19 is impacting CSC sports...