A pair of CSC seniors are making the most of uncharted territory during the coronavirus pandemic while football practices have been scrapped and classwork is shifted to computer screens.

Quarterback Dalton Holst and receiver Cole Thurness have connected on hundreds of passes and big plays for Chadron State football during their three years together.  Whether it's practice or game day the duo thrives on putting in the work to prepare and putting up big plays in front of other people.

With the COVID-19 pandemic shuttering spring football, which was originally to begin with the first CSC practice Monday, two of the RMAC's best offensive players are finding new ways to prepare this spring and getting a jump start on their senior seasons this fall.

From a garage in Gillette, Wyoming at the home of Thurness' father the two grind out lifting sessions with a barbell and plates, using a large plastic jug to rest the iron between sets.

"I was working out at my high school during break until it closed. I was in Chadron for the past few days and was able to workout at the PAC,' Holst says. "It has been nice enough to run outside lately but I mostly do in home workouts with push ups, lunges, abs etc. until I am able to find a permanent place to lift."

It's not an entirely new scenario for the pair.  Thurness says he and Holst worked out together in Gillette last summer before their junior seasons.  Cole says he had enough equipment to share with his brother this spring too, CSC long-snapper Chase Thurness who is currently in Rapid City.

Cole says, "(We're) trying to get the most out of this garage equipment until we can go back to his (Dalton's) stomping grounds at Campbell High School and use their weight room!"

When the guys get a break from strength work in the garage, they hit the field or the pavement.

"We usually go for some runs around town and go to the football field and run some routes," Thurness added.

When the RMAC and CSC officially put a halt to spring practices it was a challenging moment for athletes across the conference.  How do we prepare? What's next? Uncertainty was abound and personal accountability has become essential to preparing for the season without traditional coaching direction.

Holst and Thurness were eager to start learning the new offense on the field under recently hired offensive coordinator Micah Smith, but it'll have to wait.

Holst says, "It was really tough to hear that spring football was canceled. It’s always nice to get on the field with the guys and coaches and be together for those few weeks. It is also a good opportunity to learn and practice the new offense but it will just be something we will have to do online and through film."

Thurness added, "It’s definitely tough not being able to have those live practices and drills against our defense but we will still be able to learn through Hudl (video software) and having access to an online playbook."

He added, "A lot of it falls onto the players on how to prepare mentally during this time so when we are able to meet in person, we are all on the same page and can hit the ground running."

Student-athletes also have to learn how to navigate the new distance-learning initiatives that CSC has implemented to finish out the spring semester.

After his first day of the new instruction methods Monday Holst said, "I have had some online classes before but as far as transition from face to face to online (it) will be a bit of a challenge," He continued, "So far my professors have done a great job of setting up the material and class expectations. It's different being all online though but we will all see in the next few weeks how it all plays out. It is definitely a difficult situation to navigate but we are in this together and everyone is doing the best they can to move forward." 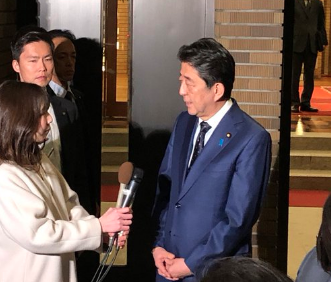 TOKYO (AP) — The Tokyo Olympics have been officially postponed until 2021. The International Olympic Committee along with Japanese Prime Minister Shinzo Abe and local organizers have decided that the Tokyo Games cannot go ahead as scheduled this year because of the coronavirus outbreak. The games were scheduled to begin July 24.

Click here to read the joint statement from IOC and Tokyo organizing committee.

After his telephone talks with IOC President Bach, PM Abe spoke to the press and explained that the two have agreed that the Tokyo Olympic Games would not be cancelled, and the games will be held by the summer of 2021. pic.twitter.com/ihe8To2g3R

The IOC says the games will be held “not later than summer 2021” but they will still be called the 2020 Tokyo Olympics.

To safeguard the health of the athletes and everyone involved in the Tokyo 2020 Games.

The Tokyo 2020 Olympic and Paralympic Games will now take place no later than summer 2021.

TOKYO (AP) — IOC President Thomas Bach has agreed “100%” to a proposal of postponing the Tokyo Olympics for about one year until 2021 because of the coronavirus outbreak, Japanese Prime Minister Shinzo Abe said Tuesday.

Abe said after his telephone talks with Bach that he requested a postponement of about one year “taking into consideration the current circumstances” and to secure an environment in which athletes can perform in their best conditions and the sense of safety and security for the audience.

Abe held telephone talks with Bach after the IOC said it would make a decision on the Tokyo Games over the next four weeks.