FORT LAUDERDALE, Fla. (AP) — A federal report says Baseball Hall of Famer Roy Halladay had drugs in his system and was doing extreme acrobatics in his small plane when it crashed into the Gulf of Mexico in 2017, killing him. The National Transportation Safety Board said Wednesday that the former Toronto Blue Jays and Philadelphia Phillies star had amphetamine levels about 10 times therapeutic levels in his system along with other drugs that can impair judgement. He was doing a series of maneuvers when the plane suddenly nosedived into the water on Nov. 7, 2017. The report said Halladay had sometimes come within five feet of the water before the crash. 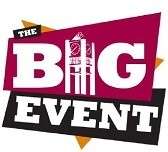