The 62nd Annual Nebraska Shrine Bowl Football game, which was originally scheduled to be played June 6, has been rescheduled. The game will be played Saturday, July 11 2020,  2 pm CT,  at the University of Nebraska -Kearney.  The Shrine Bowl Executive Board released the following statement on their website on Wednesday.

"The Nebraska Shrine Bowl Executive Board (NSBEB) together with the City of Kearney and University of Nebraska – Kearney agreed upon the new date for the 62nd Annual Nebraska Shrine Bowl. The Nebraska Shrine Bowl Game will be played Saturday, July 11, 2020 at Ron and Carol Cope Stadium in Kearney.  The leadership of the key stakeholders came together via teleconference, joined by NSB Executive Director Dave MacDonald and agreed on the new schedule.This decision was taken based on the three main considerations and in line with the principles established by the NSBEB on March 23, 2020 and re-confirmed at its meeting April 28, 2020:

These new dates provide health authorities and all involved in the coordination of the annual game the maximum time to deal with the evolving landscape and the disruption caused by the COVID-19 pandemic.

In a call on Tuesday, March 24, 2020, based on information provided by the CDC and the State of Nebraska at the time, NSB Executive Director Dave MacDonald and the NSBEB Members concluded that the 2020 Nebraska Shrine Bowl would be played no later than July 31, 2020. NSB Executive Director Dave MacDonald stressed the full commitment of the NSB to a successful 62nd Annual Nebraska Shrine Bowl Game.

Following yesterday’s decision, MacDonald said, “I want to thank the Nebraska Shrine Bowl Executive Board for their unanimous support, the City of Kearney and the University of Nebraska – Kearney for their great partnership and their support in the consultation process over the last few days. With this announcement, I am confident that, working together with the City of Kearney, the University of Nebraska – Kearney, and all our stakeholders, we can commandeer this unique challenge.”

Larry Jess, NSBEB President, commented, “It is wonderful news that we could commit to a new date so quickly for the 2020 Nebraska Shrine Bowl. The new date provides certainty for the student-athletes, reassurance for the stakeholders and something to look forward to for the State of Nebraska.”

The Shrine Bowl of Nebraska is the state’s most prestigious high school all-star sports event.  The 501(c)(3) non-profit produces annual events and related activities to raise funds and awareness to benefit Shriners Hospitals for Children.

Shriners Hospitals for Children is a healthcare system of 22 hospitals dedicated to improving the lives of children by providing pediatric specialty care, innovative research, and outstanding teaching programs for medical professionals. Children up to the age of 18 are eligible for care and receive all services in a family-centered environment, regardless of the patients’ ability to pay.To make a tax-deductible donation to the Shrine Bowl of Nebraska, please visit NEShrineBowl.org/Give.

Sam Clarkson and Sabastian Harsh of Scottsbluff and Cooper Heusman of Chadron have been selected to play in the game. 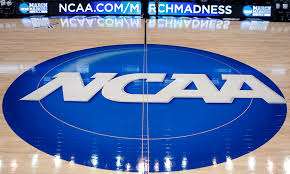 The NCAA is moving forward with a plan to allow college athletes to earn money for endorsements and a host of other activities involving personal appearances and social media. The NCAA Board of Governors gave its support to a plan that permits athletes to cash in on their names, images and likenesses as never before and without involvement from the association, schools or conferences. Proposed rule changes still must be voted on by NCAA membership at the convention in January. The NCAA said it will still seek help from Congress to keep individual states from passing their owns laws on compensation for college athletes.