A former Husker football player has been given probation for driving drunk and resisting arrest in Lincoln.

Court records say Alonzo Dennard was sentenced Monday to five years of probation. He'd pleaded no contest. Officers stopped Dennard's vehicle early in the morning of Dec. 23, 2018, for having an expired registration and were going to arrest him for driving with a suspended license.

Officers say Dennard refused to put his hands behind his back and then scuffled with them.

Dennard played in the Huskers' defensive backfield from 2008 through the 2011 season and later played professionally for the New England Patriots. 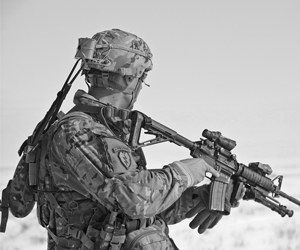 LINCOLN, Neb. (AP) - Military retirees in Nebraska will get to keep more of their retirement benefits under a bill that won first-round approval from lawmakers on Monday.

The bill would exempt half of a military retiree's benefit from Nebraska state taxes, a key priority for Gov. Pete Ricketts. The measure advanced, 46-0, through the first of three required votes.

Sen. Tom Brewer, who sponsored the bill, said the measure would help Nebraska attract and retain military service members after they retire. Several neighboring states, including Iowa and Missouri, don't impose any tax on military retirement benefits and both states have managed to entice retirees from Nebraska's Offutt Air Force Base.

Brewer, a U.S. Army veteran from Gordon, introduced the bill last year but lawmakers ran out of time before they were able to debate it in 2019.

The bill would cost the state an estimated $12.6 million in lost revenue by fiscal year 2022, according to the Legislative Fiscal Office.