EDMOND, Okla. -- February 15, 2020 -- Freshman pitcher DeAnna Barrera carried a no-hitter through four innings on Saturday afternoon, allowing only three in seven, as she stranded seven baserunners to shut out NFCA preseason No. 7 Central Oklahoma 3-0 on its home field at Broncho Stadium on day two of the Edmond Regional Festival. In the earlier contest, the Fort Hays State Tigers avenged a loss to the Eagles one week earlier, by holding on for a 3-2 win.

FHSU pitcher Hailey Chapman served up a remarkable game herself. After CSC pelted her with seven hits and three earned runs in the previous meeting, where she threw just three and one-third innings, she came back with a complete-game, four-hit effort on Saturday, in which she struck out 10 CSC batters.

The Tigers won the game, which was scoreless through four innings, in the fifth with all three runs coming off a double, three singles, and two steals.

It remained 3-0 until the bottom of the seventh, with two out, when Addison Spears hit a two-RBI single to keep the Eagles alive. However, CSC was unable to complete the rally.

Chapman improved to 3-2, while CSC starter Tia Kohl pitched a complete game to record a decision and fall to 2-3.

Likewise, in the second game of the day for CSC, Central Oklahoma was stymied for four innings. In the fifth the Bronchos were able to get two in scoring position with two out, but they put a liner into shallow left field, which Eagles outfielder Angelica Maples snagged in a diving attempt.

Otherwise, the offense belonged nearly all to the Eagles. Maples singled in the second, and she was brought home by first baseman Allie Mson. In the third, Maples was once again in on a big play, slapping up the middle to put Bailey Marvel and Sloane Quijas across the plate.

Mason ended the game with an unassisted double play at first, preserving the shutout after the Tigers' third base hit of the game.

Chadron State split its fifth day of softball in five days of competition so far in 2020, compiling a non-conference record of 5-5. The Tigers were 5-3 at the end of the day, with a 3-2 loss to St. Edward's University, while the Bronchos closed out Saturday at 8-7.

Northeastern State University of Oklahoma is the Eagles' lone remaining opponent at the Edmond tourney. The two teams are scheduled to face off back at Oklahoma Christian University's field, somewhere around 11 a.m. MT on Sunday, which is noon local time. 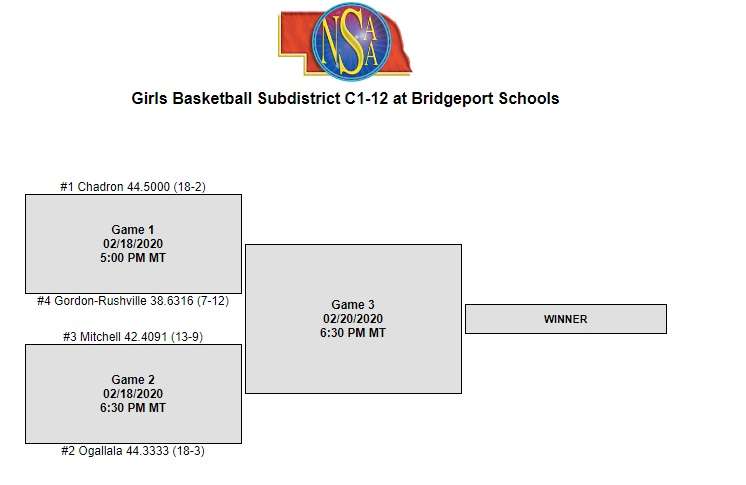